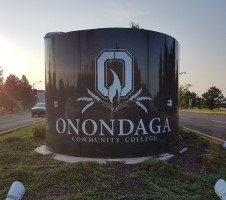 Honorees spent part of the day speaking with students on campus

Four former Onondaga Community College students were recognized as distinguished Alumni Faces honorees for their professional achievements and contributions to the college and the community. The accomplishments of Jennifer Belcher, Bill Bonnell, Nicholas Roberts and Rick Shirtz were highlighted during an induction ceremony on campus. Their likenesses will be added to the Alumni Faces display in the Academic II building. The event was held on Wednesday, March 4 at 5:30 p.m., Recital Hall, Academic II building, Onondaga Community College,

Jennifer’s passion for humanitarian work began with a trip to El Salvador as part of Habitat for Humanity nearly 20 years ago. She and her husband have traveled the world helping others. They presently reside in Papua New Guinea where they serve with Wycliffe Bible Translators.

Bill has won more than a dozen Emmy Awards while coordinating coverage of major sporting and entertainment events for over four decades. He oversees ABC’s Saturday Night Football for ESPN, the College Football Playoff National Championship game coverage, and the new XFL on ABC & ESPN. 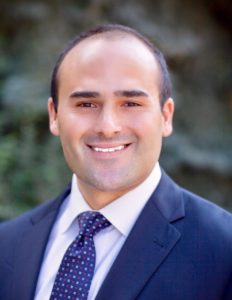 Music and history have always been Nicholas’ passion. He has worked as a college professor and is completing his Ph.D. in History as a Presidential Fellow at the University of Notre Dame.