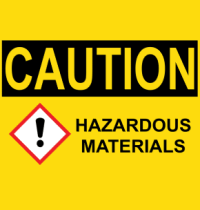 Syracuse, N.Y. – At 11:24 A.M. fire crews were called to an Upstate Niagara Cooperative cold storage warehouse at 606 Oneida Street for an alarm activation.  Upon arrival, units found that smoke and carbon monoxide detectors had activated, and initial reports were that a refrigerant system was leaking.  An employee that was believed to be inside the building was unaccounted for.

The Syracuse Fire Department’s Hazardous Materials Response Team was called to the scene, and quickly made entry utilizing totally-encapsulating chemical protective suits.  The building was checked for occupants, and none were found.  A refrigerant leak was ruled out, but carbon monoxide (CO) levels in the building were determined to be dangerously high.

The missing employee was later located elsewhere.  The high CO levels in the warehouse were ultimately attributed to a condition created by battery chargers.  The building was thoroughly ventilated and has returned to normal operations.  No injuries were reported.