Felicia Pitts-Davis made history in her quest to become a Syracuse City Court Judge, First African-American judge to be elected outright to the bench.  This is to be noted due to the fact that in the past African-American Judges were first appointed, and then retained their seat by the election process. A native Syracusan, did not receive the nomination from Democratic Party Committee Members and waged a successful primary battle for the ballot position. 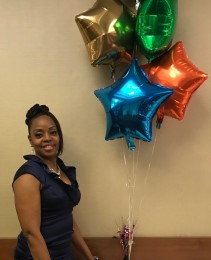 Pitts-Davis comes to the bench with experience as stated in her profile, “I have been an attorney for 26 years and in those years, I have represent probably thousands of individuals, and worked hard to secure an outcome that does served each of my clients. And as a criminal defense attorney for the past 9 1/2 years I recognize the significance of restorative justice. Restorative justice is a concept that allows everyone to be seen as worthy of being redeemed and offered the opportunity to be restored and to restore others.”

With over two decades of experience as an attorney in a variety of areas, including; Criminal law, Landlord/tenant, Small claims, Corporate Law/Contracts,  Personal injury, Workers’ Compensation, Social Security Disability, Real Estate, Family Law, Domestic Relations, and Employment Discrimination. Developed curriculum for and taught class “Social Work and the Law” for Master’s Degree Candidates as an adjunct professor at Syracuse University.