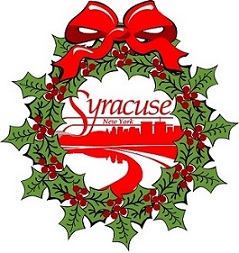 SYRACUSE, N.Y. – The City of Syracuse announced today the lineup for its annual “Home for the Holidays” celebration. The event, which culminates with the Clinton Square tree lighting ceremony, is organized by the Office of Mayor Stephanie A. Miner and the Department of Parks, Recreation, and Youth Programs. This year’s celebration will take place on Friday, November 25.

This year’s Clinton Square performance will be headlined by Corcoran Live! The show will emceed by Heather Daley of 92.1 The WOLF. The program will culminate in the arrival of special guests Santa and Mrs. Claus. Once they are on stage, they will join Mayor Miner, Chief of Police Frank Fowler, and Chief of Fire Paul Linnertz, as well as the student winners of the Mayor’s “Share Your Story” challenge to light the tree. The performance begins at 6:30 p.m. and the tree will be lit at approximately 7:00 p.m. 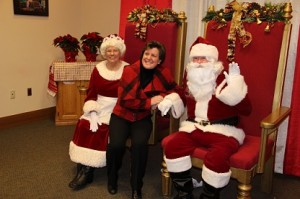 Following the lighting of the tree, the public is invited to join Mayor Miner at City Hall for an open house where they can have a photo taken with Mayor Miner and the Chiefs of Fire and Police as well as with Santa and Mrs. Claus between 7:00 p.m. and 8:00 p.m. Light refreshments will be served. The Stan Colella All Star Band will perform in the lobby. On display will be the winning entries of the Mayor’s “Share Your Story” challenge.