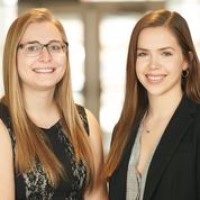 Onondaga Community College students Allison Logue and Hadassah Johnson were named to the Phi Theta Kappa All-New York Academic Team for their distinguished academic achievements and leadership accomplishments. Both students were homeschooled before coming to OCC. Logue is from Syracuse and Johnson is from Auburn. 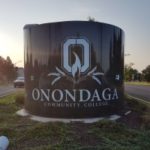 Logue is completing work toward her degree in Humanities & Social Sciences. The Syracuse native is a member of the Phi Theta Kappa honor society leadership team. She plans to transfer to Smith College where she will attend as an Ada Comstock Scholar and major in Government. “To be named an All-State student is fantastic,” said Logue. “I never thought this was something I could accomplish. To have an honor like this is huge. Wow!”

Johnson is in her final semester in the Music degree program where she is specializing in Voice. The Auburn native has a perfect 4.0 grade point average and is an officer in the Phi Theta Kappa honor society. Johnson will transfer to the Boston Conservatory at Berklee College of Music and major in Vocal Performance. Her goal is to become a teacher. “When I first started attending OCC, becoming an All-State student wasn’t something I strived for or thought I could accomplish. It’s a very high honor and I’m so proud of it,” said Johnson. 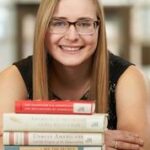 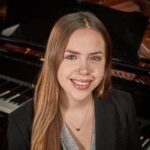 They will be recognized during a statewide, virtual ceremony April 22.