The OCC Foundation has announced the addition of two Central New York business leaders to its board. The new appointments are Ed Riley, owner of the former Hotel Syracuse and Tony Baird, owner of Tony Baird Electronics. 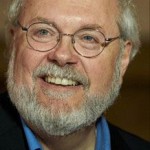 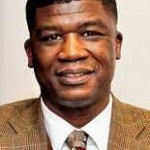 Riley restored the Hotel Syracuse after it was closed for 12 years. It reopened in August following a $76 million renovation and now operates as the Marriot Syracuse Downtown. Riley is a former Architectural Technology major at OCC. His wife Janet earned a Nursing degree from OCC in 1974.

Baird is the President and CEO of Tony Baird Electronics, a Syracuse-based electronic systems integrator focusing on custom solutions for education, defense, government and corporations across the nation. Baird is also a veteran of the United States Army. In 2013 he was awarded the Small Business Association’s Veteran-Owned Business Achievement Award.

Since its founding in 1980, the OCC Foundation has helped students realize their potential through higher education. The Foundation administers more than 150 scholarships and provides more than $200,000 in aid each year. In addition to scholarship support, the Foundation raises funds for programs and projects that enrich the OCC experience and open new opportunities for the campus community. The Foundation is a not-for-profit charitable organization.  Donations to the Foundation are fully tax deductible, to the extent provided for by law.