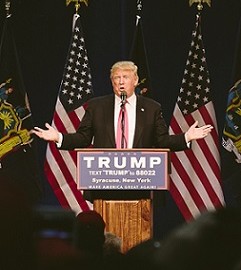 At the White House in a scheduled meeting on immigration, the President of the United States reportedly referred to African nations as “shithole countries”.  Immigrants from Haiti and El Salvador didn’t escape the wrath of Trump. At one point declaring, “All Haitians have AIDS and once Nigerians see our gleaming skyscrapers, they’ll never return to their huts.”

Richmond and Nadler said, “This censure resolution is important because America is a beacon of hope. We have to show the world that this president does not represent the real feelings of most of the American people which is part of the reason why he lost the popular vote”.