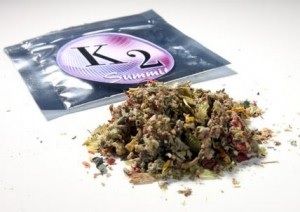 Washington, D.C. – In a vote yesterday evening, the U.S. House of Representatives passed a bipartisan measure, the Dangerous Synthetic Drug Control Act, which includes the text of legislation authored by Representative Katko and introduced earlier this month.  The measure passed the House 158-101 and addresses the recent surge in synthetic drug use. It specifically bans 22 synthetic chemicals used to make drugs like “Spice” and “K2,” and outlaws three variants of fentanyl, which is among the most potent and dangerous drugs on the market today.

“It is far past time that we take action to stop the flow of dangerous synthetic substances on our streets,” said Rep. John Katko.  “Syracuse has been devastated by this epidemic, and increased synthetics use has placed a major strain on our local law enforcement and first responders.  I’m proud to work alongside our local advocates, law enforcement, and healthcare providers in this fight — and this bipartisan effort is a step forward in combating the scourge of synthetic drugs.” 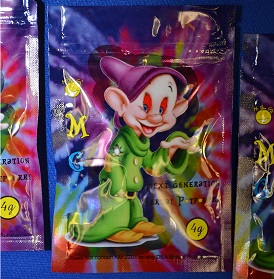 Synthetic drug use has hit Central New York particularly hard, with Syracuse recently becoming known as ‘Spike Nation.’  To address this crisis, Representative Katko has worked with local advocates, healthcare providers, and law enforcement to craft meaningful reform.  As part of this effort, Rep. Katko has partnered with Teresa Woolson, an Oswego County mother who lost her son Victor to synthetic drugs in 2012.  Since that time, Teresa has dedicated countless hours through the VOW Foundation, named in Victor’s honor, to combat this public health epidemic.

Teresa Woolson today applauded Rep. Kakto’s efforts, stating, “This legislation will help with the synthetic drug crisis.  I am so thankful to Congressman Katko for his hard work and determination to continue to bring bipartisan legislation on this matter to the House.  I’m optimistic that with people like John Katko in Congress we will stop the growing trend of deadly synthetic drugs and help save more lives.”

Rep. Katko and Onondaga County District Attorney William J. Fitzpatrick, both critically aware of this troubling epidemic, have committed to partnering on a state and federal level to address the problem in both in a legislative and prosecutorial manner. 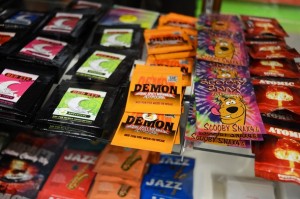 “Synthetic drugs are nothing more then lethal poisons,” said Onondaga County District Attorney William J. Fitzpatrick.  “Since they’ve hit the streets, they have caused more death, tragedy and destruction then any public health epidemic in recent memory.  Unfortunately the traffickers of synthetic drugs have been able to stay one step ahead of law enforcement.  Fortunately, John Katko’s experience as a federal prosecutor has given him keen insight into these issues.  This legislation will make it easier to arrest and prosecute dealers, traffickers and manufacturers of synthetic drugs. It is a desperately needed weapon to help us in our battle to eradicate this poison from our communities.”

“Being on the front lines of the synthetic and opioid drug epidemic in Central New York, Crouse Health applauds the effort and support of Congressman Katko and his colleagues in the House on the passage of this important bipartisan legislation. This is an uphill battle that we are all waging and we need more wins like this,” said Monika Taylor, Director of Chemical Dependency Treatment Services for Crouse Hospital.

Beth Hurny, Executive Director of the Prevention Network stated, “Limiting access and availability to alcohol and other drugs is a prevention priority strongly supported by community law enforcement. The Dangerous Synthetic Drug Control Act provides the legislative support imperative to assist law enforcement in reducing the availability of synthetic poisons. Decreased availability of these substances directly correlates to reduced access to them.  I applaud Congressmen Katko and Cicciline for taking a significant stand against the manufacturing and distribution of these deadly compounds that claim lives in this community everyday!” 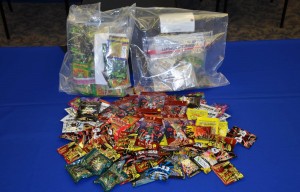 Currently, it is difficult to regulate and prosecute synthetic drug use and distribution. While Congress took action in 2012 to outlaw several synthetic drugs, manufacturers and distributors of these substances are able to slightly alter the chemical structure of drugs to circumvent this law and avoid law enforcement scrutiny and prosecution.  Current laws are not keeping up with the producers of these poisonous substances, and consequently, substances designed to mimic the effects of LSD, Ecstasy, cocaine, marijuana, and other hard drugs are sold openly at convenience stores, gas stations, head shops and other outlets, and giving some users the assumption that they are not as dangerous as other, illegal substances.

Rep. Katko’s legislation addresses this difficulty by adding 22 synthetic substances, including dangerous forms of fentanyl, to Schedule I of Controlled Substances Act.  Doing so will provide law enforcement and prosecutors a greater ability to crack down on synthetic drug traffickers, and reduce the availability of legal synthetic substances to manufacturers of these drugs.  Senators Grassley and Schumer have introduced the bipartisan measure in the Senate.

A former federal prosecutor, Representative Katko has made it a priority to curb the use of synthetic drugs in Central New York, working alongside local advocates and championing his Protecting Our Youth from Dangerous Drugs Act, legislation he previously introduced to make it easier for local law enforcement to prosecute the sale and distribution of synthetic substances.

Congressman Katko represents the 24th Congressional District of New York, which includes all of Onondaga, Cayuga, and Wayne Counties and the western portion of Oswego County.  For more information visit http://katko.house.gov or www.facebook.com/RepJohnKatko.