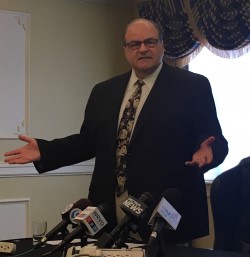 It was a heartbreaking moment when Syracuse JazzFest Executive Director, Frank Malfitano held a press conference announcing the one year hiatus for the one of the largest gatherings for Jazz in the Northeast. Over the last 35 years Syracuse JazzFest has bought countless entertainers many legends in the business. Hosting Aretha Franklyn, 2007; Dave Brubeck, 1991; Ray Charles, 2000; Dr. John, 2006; Al Jarreau, 2002; B.B.King 2014; Wynton Marsalis, 2015; and many more over its 35 year history.  These festivals bring in people from all over the state to attend a large free concert series. Starting in downtown Syracuse the event has spent recent years at the Onondaga Community College Campus.

The organization is not broke, that was made clear. However, the ability to bring the caliber of performers to an event of this size costs, and it was clear that they were short of funds. Rather than put on a truncated festival,  organizers decided to take a year off and concentrate on creating a sustainable festival. A sustainable Syracuse Jazz festival that doesn’t have to leap from year- to- year, in search of funding in order to operate. The Syracuse Jazz Fest is a community treasure and has an economic benefit as well as enhancing our diverse festival season.

We have a fund that been created to help provide economic development guidance. We’ve funded a myriad of projects designed to enhance our areas ability to increase the numbers of tourists visiting the area. Tourists spend money. When people travel to Syracuse for the annual event they spend money that enhances the quality of life for us all, through increased sales tax revenue. Full seats at venues means increased revenue for those businesses who serve the concert going community.

The Lion King’s recent run at the Landmark Theater box office grossed over 4 million dollars with another 12 million dollars in local spending by the thousands of people who traveled to Syracuse for this theatrical event. 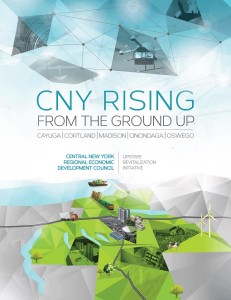 The REDC (Regional Economic Development Council) fund is available and has been put to use, including building entertainment venues and pouring massive investments into the New York State Fairgrounds among other projects including a local Film Hub. Surely a venture such as the Syracuse Jazz Fest deserves to receive funding for several years while it recreates itself into a more self-sustainable event.  Keep in mind there will always need to be sponsors for events of this magnitude, but we shouldn’t allow Syracuse Jazz Fest to die. This is not only a quantifiable asset financially, its quality placed Syracuse on the map of National Jazz Festivals bringing in tourists, just as our other arts organizations.

The Festival needs our support to stay alive. Allocate some of the New York State, REDC (Regional Economic Development Council) funds to allow them time to become that sustainable model they seek.

It needs investments such as those that New York State makes in other areas. Giving the organization a lifeline until they can make the appropriate changes is an investment in our community. It’s an investment in our community’s ability to attract world class entertainment to one of the most respected Jazz events in the nation.  As we’re attracting more and more people to Central New York to enjoy our summer Festival Season, it would be a travesty to let Syracuse Jazz Fest die.