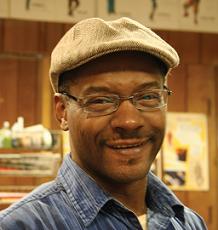 We’ve been told of the Great Recession and its impact on the general public but no one feels the effects of this economy more than the unemployed. The monthly release indicating numbers of people without work are discussion topics for pundits and headline writers. And when it comes to getting the word out there’s a propensity to “run the numbers” especially when job losses mount or unemployment insurance benefits are running out for hordes of jobless people across the nation.

What’s worse than the reality of unemployment is the myth of people lounging or simply taking the summer off because they have free time. The uninformed believe unemployment benefits are a handout to the lazy who relish the thought of a freebee from the government.

Unemployment benefits are insurance but to hear some chatter about the issue on the Internet you’d think the unemployed are newly minted Welfare Queens.

Work 20 years, get laid off because Libby’s of Syracuse wants to make their Syracuse China in China and you’ll find that your years of dedication are rewarded with a curt “Beat It” as they pack up the last machine and head east.

Work at New Venture Gear and be force-fed a wage package like a Duck being prepared for Foie gras production. “Foie gras (pronounced fwa: ‘gras: in English; French for “fat liver”) is a food product made from the liver of a duck or goose that has been specially fattened. This fattening is typically achieved through force-feeding corn.”

Yes, there are those who have paid time off because their former employers gave generous severance packages, which in some cases included a year of wages and health insurance coverage.

But the vast majority of people didn’t receive golden parachutes combined with extensions the length of the entertainer Cher’s ever-changing mane. For all of those offering well thought out critique for the unemployed, “You try finding a job in this economy!”

There are stories where hundreds of people apply for several manufacturing jobs when they became available. Sixty and more applicants apply for one professional position; job seekers fill rooms to capacity for Civil Service exams.

For those of you who are lucky enough to still be employed, take a look at your wage reductions or current job postings where wages are so low you’re transformed into 70’s pitch icon Crazy Eddie taking wages “so low that people will think you’re giving it away, wages so low you’d think we’re … insane!”

Even those with advanced degrees are working minimum wage jobs out of necessity; our system has collapsed y’all.

Water bailed from sinking luxury liners of investment houses and bankers has been poured on the inflatable rafts of the working class.

Don’t hold your breath for a political solution, Republicans are addicted to the “crack” of tax relief for the wealthy; while Democrats have their own issues – addicted to OxyContin, strategically bed-ridden in a politically induced coma.

All the tax cuts and all the chagrin can’t put this humpty together again.