Syracuse Mayor Ben Walsh announced he has received the endorsement of the International Brotherhood of Electrical Workers Local Union 43 (IBEW Local 43) for re-election as mayor. Walsh is a former union member (Laborers’ Local 633 and UFCW Local One) and employee of the New York State AFL-CIO.

In its endorsement, IBEW Local 43 said Walsh “will support and fight for the issues that will help not only 1,600 union members who make up our local union but all the working families.” Local 43 represents skilled and trained electricians, apprentices and technicians. The organization provides skilled labor to over 60 contractors in eleven counties throughout Central New York. 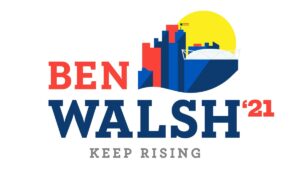 “Mayor Walsh has exhibited the skills and mindset necessary in moving the city of Syracuse towards a path that is strong and positive, along with a vigorous economic development plan,” said Alan Marzullo, business manager for IBEW Local 43. “He recognizes the importance of unions and has shown his support as mayor. He is aware and understands the need for literacy in order for our future youth to be ready for the workforce. In addition, he rallies for community involvement to promote positive relationships in order to accomplish tasks. He is committed and focused on the needs of the community and education of our youth to promote the skills necessary to enter college, trade schools, and workforce”

“I have great respect and appreciation for the members of IBEW Local 43 and am honored to receive this endorsement,” Walsh said. “As Mayor, I’ve worked to support and protect our city government workforce; to create new jobs and economic opportunity for city residents; and to use my platform to fight for issues important to union members. I’ve worked with IBEW Local 43 and other labor and community organizations to maximize local jobs on Interstate 81 and other area projects. I’ve also supported workers’ rights to organize and helped create Labor Peace Agreements and Project Labor Agreements for projects throughout my career.”

Earlier this month, Walsh announced he had received the endorsement of the Independence Party of New York, and said his campaign would carry nominating petitions bearing the Independence name. In accordance with state law, the Walsh campaign will begin collecting petition signatures April 13 to gain a line on the November ballot.