Walsh to create Mayor’s Quality of Life Commission and new Office of Inclusion, Diversity, Equity and Accessibility in City government

Syracuse, N.Y. – Alongside a wall of windows revealing a panorama of Syracuse, Syracuse Mayor Ben Walsh outlined an ambitious plan to revitalize neighborhoods and continue progress on the Syracuse Surge at his third State of the City address on Thursday. Mayor Walsh delivered the annual report to the Syracuse Common Council from the campus of SUNY Upstate Medical University, pledging to continue collaboration and partnership to seize a “window of opportunity” to accelerate progress in the City.

“I am pleased to report that the state of our city is surging. Surging forward with optimism and a new found confidence based on the experience and evidence that our City is, in fact, getting stronger,” Walsh said.  “The rising ride of our progress, I believe, has been powered by working together.”

In his address Walsh reviewed a series of indicators of progress for the city: vacant housing decline; private job growth; millennials moving to Syracuse; investments in the City by major national and global companies; and a better outlook on City finances by ratings agencies.

“We are working together in ways that, instead of dividing, multiply our strengths as a city and a region. At this critical juncture, we have a choice to make,” Walsh said. “Do we continue to forge ahead into the uncharted waters of partnership and progress, or do we allow ourselves to slip back into the status quo of discord and division; back into a cycle of competition and conflict; of self-limiting thought and action? Of what we can’t afford – not what we can accomplish through smart collaborative action.”

In his address, Walsh unveiled the Resurgent Neighborhoods Initiative, a citywide housing and business growth plan that aligns neighborhood investment planning and stakeholder engagement at “block-level” in neighborhoods in all four quadrants of the City. The new program includes an “infill” housing strategy that will result in 50 new single-family homes and 75 two-family homes to “fill” gaps in our neighborhoods left by vacant and abandoned property. 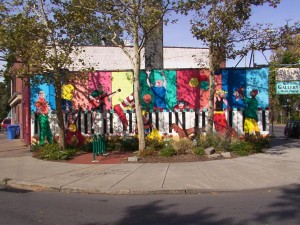 Based on an extensive data analysis and more than 90 “kitchen table” meetings in neighborhoods, the RNI also identifies ten new “block area” corridors selected for planning and stakeholder engagement. The strategy will assign Department of Neighborhood and Business Development staffers as “community planners” for in each quadrant to work directly with neighborhood residents, businesses and association to coordinate and implement revitalization plans.

Mayor Walsh also announced the formation of a new Quality of Life Commission, an advisory group to the Mayor’s Office and department heads across City government.  The Commission will be comprised of representatives of the eight TNT sectors; each of the four city- supported neighborhood centers; the Downtown Committee, Neighborhood Watch, and appointees by the Common Council.  The group will convene quarterly and will help the team address quality of life issues – beautification, crime, and ordinance enforcement – that affect neighborhoods across the City. 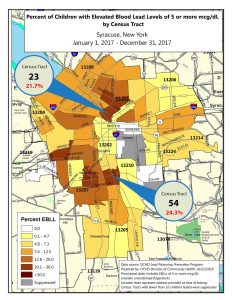 Walsh highlighted significant work by the City working with federal, state and non-profit partners in advancing over 220 new affordable housing units that are underway:

“We can’t truly ‘surge’ without quality affordable housing, especially as we continue to grow, and this work will remain a major focus of this City and my Administration,” Walsh said.

In a new effort to address the risk of lead contamination in homes to children and families, Walsh pledged to work with the Common Council in early 2020 to introduce a new lead ordinance. The proposed legislation is designed to protect the most at-risk children by investing resources in pro-actively inspecting buildings, rather than reactive enforcement efforts after a child has been poisoned.

Under the draft ordinance, the City will identify high risk areas for lead exposure, allowing our inspectors to take dust swipe samples even in properties where deteriorated paint is not visible. The expanded law would set a standard to authorize a property for residency and require recertification every three years in high-risk areas. 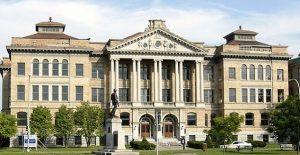 Walsh’s 2020 address comes one year after he unveiled the Syracuse Surge, the City’s strategy for inclusive growth in the New Economy, at his last State of the City. The Mayor reported on progress on the Syracuse Surge, including: installation of the City’s connected streetlight network; approval of an agreement for ultra-high speed 5G wireless in the City; designation as a JP Morgan Chase AdvancingCities winner; an operating agreement; hundreds of new jobs in the City in tech manufacturing with JMA Wireless and health care financial services with Bankers Healthcare Group; and Governor Cuomo’s proposed $70 million state investment to create a regional STEAM high school and tech-focused worker training center at the former Central Tech High School in the heart of the Southside Campus for the New Economy, a central element of the Syracuse Surge.

Walsh also provided an update on Syracuse Build, the construction training, workforce development and local hiring program Walsh and community partners are creating to prepare for the Interstate 81 viaduct project. Walsh announced the expansion of the program steering committee and the start of training this week for local workers on Syracuse Build’s inaugural project.

In closing his address, Walsh highlighted five Neighborhood and Business Development employees who grew up in Syracuse and have chosen to stay in the City. They now comprise the planning and implementation team for the Resurgent Neighborhoods Initiative.

“The notion that young people don’t choose to stay in Syracuse is fading away. It’s yesterday’s news, a ‘we can’t story,’ an excuse we can and will retire to history,” Walsh said. “Syracuse is surging again. And we have a window of opportunity before us – a responsibility right now — to keep working together to drive Syracuse to its best days ever.  I hope you will stay with me on this journey.”