They called it Freedom Summer. It was 1964. The previous spring I had recruited several of them, touring weekends on Upstate campuses for the Student Non-Violent Coordinating Committee—young, mostly Caucasian, idealistic, or romantic, or looking for adventure. They were told they would be teachers in Freedom Schools, mentoring students of color whose learning had been limited by the state’s separate and unequal public schools. They were told their efforts would contribute to breaking the system of segregation in Mississippi, the most entrenched of the states of the former Confederacy.

They were told of domestic servants who lost their jobs, sharecroppers who lost their land, community activists who had lost their lives trying to register to vote, and the need to break the media silence on such incidents. They were not told of the strategic assumption of those who planned the Summer Program, that if one of the neophytes was killed, especially a scion of a recognized political or corporate family, that silence could be broken. When one did die, in the company of a native Mississippi black teen and a Congress on Racial Equality staff member, a national media focus was assured. 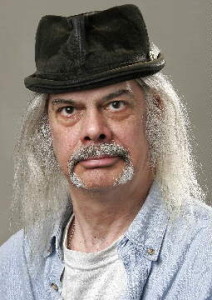 Having taught English for a year and a half in the junior high school serving the then contiguous neighborhood for Syracuse’s community of color, the 15th Ward—in the context of a Ford Foundation Project preparing the black students to be bussed to schools in Caucasian neighborhoods—I was considered knowledgeable enough in the techniques then current in a strategy dubbed Compensatory Education to provide training for the summer volunteers. I conducted workshops at the Oxford, Ohio orientation session, where the volunteers also role played the beatings they could anticipate from Mississippi law enforcement and Ku Klux Klan members, who were often the same people.

When it became known that my teaching experience had been preceded by six months writing for a New York City daily newspaper, some of those planning the summer program assumed that I would be spending the summer not only helping to administer the ersatz school system, but also feeding the flow of information to whatever media outlets might be receptive. Writing assignments were offered by publications ranging from Columbia Journalism Review to Scholastic Teacher.

While I had no intentions of accompanying the volunteers South, the idyllic isolation of the Western College campus, waking to the purity of Fannie Lou Hamer singing barefoot on the lawn, how she got up that morning with her mind stayed on freedom, the sense of immediacy shared at hearing of the disappearance of the three who would later be found dead at a construction site, all merged to craft a unique spirituality. Evening sessions by a fireplace with walls hung with portraits of the college presidents drew defining inspiration from quiet narratives on the history of civil rights from Bayard Rustin and A. Philip Randolph.

Without conscious decision I returned to Syracuse to tell my then wife I was going to Mississippi. She responded calmly that she would go too. We closed down our apartment and packed a trailer as if for a permanent move, although traveling to the Summer Program’s main office in Jackson separately, since our status as an inter-racial couple was then illegal in that state. While there, we were pressured to declare our marriage publicly to force a court challenge to the miscegenation law, but, knowing we would be jailed for the attempt, we chose to remain focused on contributing to the day-to-day operations of the Council of Federated Organizations headquarters with an ironic Lynch Street address.

Although I have long considered the Mississippi Freedom Summer (actually we stayed through Thanksgiving to see what Dr. King had called “the Beloved Community” deteriorate from ideological bickering) to be seminal to my life experience, I never had a total understanding of what I had gotten myself into until I read Taylor Branch’s trilogy on America in the King years. In Pillar of Fire, covering 1963 to 1965, the research provides a fascinating big picture of events not fully understood even to those who experienced them.

And while the shift in consciousness among those who remained in the state after the volunteers had returned to their college careers, moved focus from the interracial harmony of the Freedom Summer to the nationalism of the Black Power Movement, Stokely Carmichael’s admonition for Caucasians to go fight for freedom in their own back yards rang especially true for me. I returned to Syracuse to join the efforts of the Community Action Training Center, the largest organizing project of American’s War on Poverty.