City of Syracuse, New York – The Onondaga County Sheriff’s Office reports that an incarcerated male who was being held at the Justice Center was arrested for possessing prison contraband.

Jamall McLaurin (33) of Syracuse, was charged yesterday with the felony of promoting prison contraband in the 1st degree and the felony of criminal possession of a controlled substance in the 5th degree. McLaurin is accused of possessing 4 golf ball size latex balloons containing drugs. Custody deputies working in Pod 2A intercepted the contraband when McLaurin discarded the balloons near another incarcerated male. 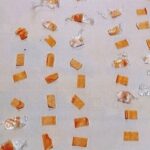 Detectives assigned to the Criminal Investigations Division conducted an investigation into the substance found inside the balloons, which was identified as 77 Suboxone strips, 50 Oxycodone pills and a small amount of tobacco/marijuana.

McLaurin, who was recently sentenced to 3 years in New York State Prison on another drug charge, was arraigned last night in Centralized Arraignment Court with no bail and is currently being held at the Jamesville Correction Facility.

The Criminal Investigations Division continues to investigate the incident in an attempt to determine how the contraband entered into the facility.