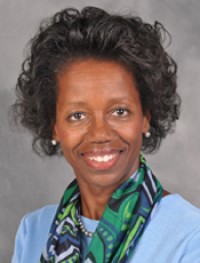 From the very beginning of the COVID-19 pandemic and the announcement that the government would back efforts to develop a vaccine at “warp speed”. Black people were skeptical about a mass vaccination campaign. Initial rumor mill stories recalled the Tuskegee experiment purposely giving Black men syphilis, spending 40 years studying the effects. A recent Pew Survey indicates that 61% of Blacks either had already been vaccinated or are planning on getting the vaccine, this is an increase from earlier polling at 42%. This is a direct contradiction of anecdotal stories of massive reluctance by the Black community to vaccinate. Special efforts have been made to dispel the myth of conspiracy theories involving a multitude of unfounded chatter. Including Bill Gates (rumored) desire to place microchips into our brains to be activated by 5G signals. A tiny microchip will then be in our bodies for government tracking.

These aforementioned excuses according to authorities in the medical field aren’t behind the lack of participation by African Americans and Hispanic populations. Black & Brown people are not getting vaccinated at the same rates as whites. The concern among many in the healthcare community is the availability of the vaccine in the Black community. NPR reported in an analysis that “vaccine hubs especially in Louisiana, Texas and Alabama were not located in Black and Hispanic communities”.

Another concern among healthcare advocates is the fact that for many to register for the Covid-19 vaccine, registration by computer is required. That challenge is being handled by placing “pop-up” vaccination centers in areas where populations are difficult to reach. Many pharmacy chains, grocery stores, churches and stadiums have become alternative locations for getting the vaccine to populations that may otherwise be left out while wealthier whites commandeer the supply of available vaccine.

Special care has been taken to enlighten the minority communities of the importance of getting your shot, with a myriad of celebrities taking to the airwaves to reassure the public that the vaccine is safe and effective.

An African-American Healthcare Professional Dr. Sharon Brangman, Upstate Medical University discussing Covid-19 and the importance of getting the vaccine

According to Dr. Sharon Brangman of Upstate Medical University, “The vaccine has been shown to be safe and effective. That (Vaccine) was made quickly, but it wasn’t rushed. Our tax dollars were put behind the development of this vaccine and that helped streamline some of the processes that take years. With our tax dollars behind it, it helped push it through more efficiently. The process to make this vaccine has been around for about 30 years. So, it’s not like a new experimental treatment. When I tell people that it’s been around a while, then they feel a little bit better.

It is not like a standard vaccine which you might have heard of, where they incubate it in an egg and they wait several weeks or months to get the right amount incubated. This is made with a little piece of the genetic material from the spike protein on the corona virus, and since it’s made from a little bit of the protein, it’s not the whole virus, There’s no way you can get the coronavirus from getting this vaccine. What they do, is they use a little bit of that virus and they process it in a way so that when it’s injected into your body, your body sees it as a foreign object, and it starts to mount a response to it. So, that when and if you’re ever exposed to the virus again your body will remember it and will start to attack it. And It’s using a different technique that people are afraid that it’s going to change your genes or something. It does not change your genes.

Without getting too technical; this is a MRNA vaccine, but it does not change your DNA, and the DNA is what is our genetic material. This has nothing to do with that. When a virus is tested usually, the side effects that are going to happen are going to occur within the first 6 to 8 weeks. So, they did a study  starting in July of 2020 they gave it to 44,000 people across the country and across the world. Within the first 6- 8 weeks there were no serious side effects, some people had soreness in their arms where they got the injection. And no serious side effects. So, the safety was confirmed. And then they followed these people and found out that those that got the vaccine had significantly lower rates of getting covid, and if someone did get covid, they didn’t get it in such a severe way that they had to go into the hospital and be put on a ventilator.”

“It prevents you from getting that severe life threatening covid. And we know that covid has had a disproportional impact on African Americans. This is not because we have a genetic or a biological difference. It’s because of socio-economic status; where we work, where we live, what our jobs are, how we get to our jobs. Those are usually, jobs and living arrangements that put Black people on the front lines, in contact with the public in a way where you’re more likely to be exposed to the virus. So, here’s a chance to prevent you from dying from the virus.

Some people have been concerned that they’re “targeting Black people” Because some of the initial language was that they wanted to target African Americans. For some people when they hear the words “target African Americans” it’s usually not something good. I think that’s unfortunate language, that doesn’t mean this is a bad vaccine. Some people have said, ‘ yeah, they’re gonna bring a different load of vaccine to Black neighborhoods than they give out in the white neighborhoods in the suburbs.’  That is one of those trust issues. I don’t have any information that this is happening. You can get your vaccine in one of the big vaccine centers that take care of everyone. There are efforts to bring the vaccine into communities where people may not have transportation or have the ability to get out to the Fairgrounds. I don’t have any information that Black people may be getting a different vaccine than other people. “

Reduce Your Chance of Dying

“I think those are just trust issues. There are some validities to having some concerns about the healthcare system, because the healthcare system does not always treat Black people and people of color appropriately. But I think in the case of this vaccine; it’s safe, it works, it can significantly reduce your chance of dying and getting serious disease.”