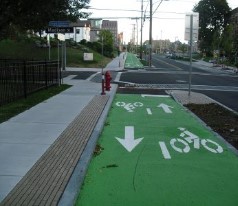 The year is 2017, and life in Syracuse and Its relationship to the rest of New York State seems puzzlingly the best and the worst that it can be. Business activity in downtown Syracuse and around the Syracuse University campus reflects a robust real estate market with people willing to spend top dollar for an apartment or condominium. We have the largest Mall in New York State, hosting millions of visitors per year.

In Onondaga County, millions have gone into the development of amenities in and around Onondaga Lake, including the Lakeview Amphitheater and soon-to-be-built marina. This money is on top of the one billion dollars state and federal agencies spent cleaning, what was once known as, the most polluted lake in America.  $70 Million more dropped into the New York State Fair. Don’t leave out our new state funded movie production facility. 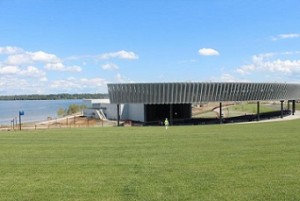 Syracuse University will invest millions on a redesign of the aging Carrier Dome. To date, SU has spent close to a billion dollars over the last decade updating their campus. The Connective Corridor between Syracuse University and downtown is like the yellow brick road in the Wizard of Oz, paved color coded bike paths (see picture above), and colorful signage, expanded hotels and millions invested in new student housing options.

If I stopped at this narrative, you might actually believe it’s the best of times.

Leave those geographic areas of Syracuse and you’re going to see poverty, decay and the accompanying urban blight. Affordable housing options are become limited as landlords increase rents. Syracuse University’s spilling off the hill into what once were residential communities. 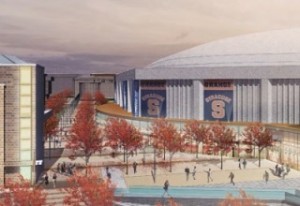 SUNY Upstate Medical University acquired a once vacant residential building built for low income residents, converted the 20 story tower into student housing for their growing medical university campus. These are the same areas that were once inhabited by the African-American community of Syracuse, before Interstate 81 and Urban Renewal.

The possible removal of Interstate 81 will offer even more possibilities for development. The presence of public housing near the city’s core will be reduced. The Community Grid options unlock more real estate in areas near campus and downtown, where there’s high demand.

Drive around our once pristine neighborhoods; prepare to recoil in shock as some are unrecognizable. Block after block, areas look as though the homes are held together by Gorilla Glue and Duct Tape.

If you’re poor in Syracuse, It’s the worst of times. 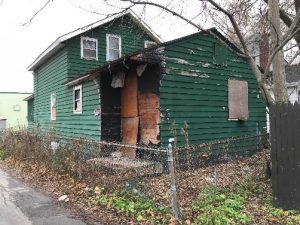 By all measures, Syracuse has become even poorer, listed as the 13th poorest city in the United States according to information released by the U.S. Census in 2010. In a report published in 2016, the city was listed as 29th poorest city in America; the overall poverty rate is now 32.1 % . Of our population of 147,000 close to 42,000 people are living below the federal poverty line of $24,339 for a family of four.  Even more shocking is the statistic that show African American and Hispanic people living in Syracuse’s extreme poverty neighborhoods quadrupled between 2000 and 2015.

And yet, the method of attacking this economic scourge is hackneyed, worn out, stale, unimaginative and if I may add, trite.

Between Destiny USA’s 30 year tax deal, multiple new hotel tax deals, and the hundreds of residential units built without having to pay the once requisite taxes and fees, there’s no money to do anything else. There should be a minimum that all developers have to pay. As a city we cannot afford the aid which is a form of corporate welfare, and it’s time to stop. However, Onondaga County which is where the wealth resides, they can afford to give away, Mortgage Taxes and other fees.

We can’t make a dent in poverty by sprinkling money over developers and developments; we need to invest in people.  New York State’s emulating Charlie Brown’s fictitious, Great Pumpkin. With Governor Cuomo generously pouring funds, like bite sized candies into the Trick or Treat bags of unsuccessful job creation touting developers and state supported initiatives. For example, Startup New York spent over 23 million dollars in advertising, not many jobs created with this state initiative. 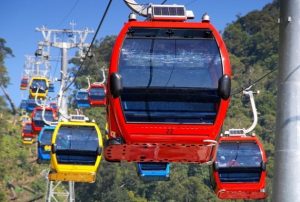 We’re burdened with this; Let them eat cake attitude of the development community, the thing only missing is the character from the Charles Dickens book, A Tale of Two Cities, a revolutionary, Madame Defarge sitting by the economic guillotine of poverty, knitting, splattered with blood, waiting for another blade to drop.