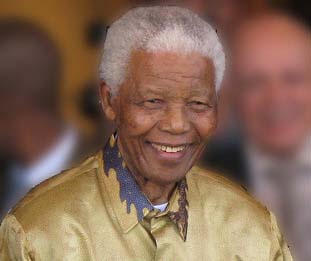 It was Graduation Day, May 19, 1979, at Ithaca College, the culmination of our senior year full of protests against apartheid, South Africa’s government-sanctioned system of racial segregation. Divestment was the mantra at universities across the country as the world focused attention on the Afrikaner-dominated National Party which created apartheid.  We students had learned that our colleges held billions in endowment funds invested in Fortune 500 companies found to be doing business with South Africa.

In the campaign to end apartheid the strategy was simple: starve the institution that perpetuated this evil, anti-apartheid movements sprung up on university campuses across America. We’d missed Vietnam, but this was our defining moment in protest as we collectively raised our voices for the people of South Africa. Racial lines melted as there was broad agreement that “apartheid is evil.”

At the time there was global pressure against doing business with the apartheid regime. South African authorities were viciously beating black protestors, their bloodied images beamed by satellite around the globe.

These confrontations viewed by Americans on their living-room televisions propelled the nation towards civil rights and voter-registration reform and a plethora of initiatives aimed at mitigating the multi- generational impact of state-sponsored segregation.  A down payment was made on the check Dr. King referred to, a national obligation to African-Americans’ returned marked, “insufficient funds.”

Both hills of Ithaca, at Cornell University and Ithaca College, were bombarded with material explaining the issue. It even took on unintended comical overtones as it snuck into our youthful banter. Late one night after reports of a brutal strike of South African miners, James Brown’s “Living in America” began playing. Suddenly, a member of the crowded dorm room sang a re-worded version, “Living in South Africa,” replacing Brown’s words and spirit with cynical protest lyrics, “Living in South Africa… In the Mines… with no vacation, huh!”

Posters of imprisoned anti-apartheid revolutionary Nelson Mandela adorned walls of countless dormitory rooms, his name was spray-painted on sidewalks near Cornell, the epicenter of the movement in Ithaca. Posters were stapled on telephone poles turned into impromptu message boards reminding us of the struggle taking place in South Africa.

Graduation Day was sunny and warm. People gathered from all over to see their friends and family graduate in a field near the center of campus. Jessica Savitch of NBC News was the commencement speaker. The program began and at a predetermined time dozens of us stood in protest. We demanded divestiture. For most of us this was our first act of civil disobedience of any kind.  Protestors stood for one minute. After a little commotion we sat back down.

Americans often suffer a kind of cultural myopia, a rather limited view of global events. But if you take George Washington, Abraham Lincoln and Martin Luther King Jr. and transfer their attributes into one person and you’ll come up with Nelson Mandela.

Looking through reflective lenses at the life of Nelson Mandela, we can see that his vision and his redemptive suffering transformed a person, a nation and the world.