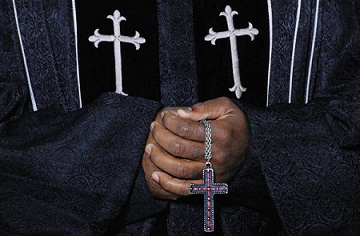 Another weekend, another set of shootings, another set of deaths and a pair of families grieving over the loss of loved ones. There were two separate shootings over the holiday weekend, one on N. Salina Street the second, on Westcott Street. These acts of violence occurring only two weeks after the shooting on Otisco St and the ensuing neighborhood meltdown.

As the city announced plans to establish a police substation at Skiddy Park in an effort to alleviate fear and restore a sense of order. It was just a matter of hours, before shootings were occurring on separate parts of town.

Earlier in the week community organizations and neighborhood residents gathered at Skiddy Park to support efforts to build up the near Westside. The Mayor spoke eloquently, even injecting some faith into her comments. Prayers, music and the resolve to not let what a few did on Father’s Day taint the neighborhood, which has undergone major investments over the last 5 years.

Now that we’ve had our prayer, it’s time to tackle some of our systemic problems that have created the perceptions of a city gone wild. Not unlike Ferguson, Missouri; the City of Syracuse has challenges that have been swept under the rug for so long, that there’s an atmosphere of hopelessness.

On one hand we have the police who are supposed to, serve and protect but for so many African-Americans in Syracuse their interactions with law enforcement have been anything but cordial and respectful.  Syracuse Common Council President Van Robinson stated, “We need to have better relations between the community and the police, we need to have community policing”, the former Syracuse/Onondaga County NAACP leader was clear on the need to deal with this issue.

There are so many innovative ways that can attack the evils of poverty and despair; however the prescription for the African-American community is a kin to blood-letting. The blood is flowing in our neighborhoods, in our streets, and on our reputation as a connected dynamic city on the verge of great things. 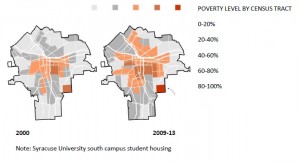 Poverty Map of Syracuse “click” on image to enlarge.

These conditions didn’t just suddenly appear, conditions have been brewing in this municipal caldron for decades. We have dozens of development-based tax deals, depriving the City of Syracuse millions in annual tax revenue. These deals are made by our elected representatives, Syracuse and Onondaga County officials with blatant disregard for conditions that structurally impact our tax revenue.

Only recently has the City of Syracuse passed legislation regarding city hiring. They’ve arrived with the saddles; however, the horse may already be gone. Billions have already been spent.

We have children carrying automatic weapons and in some communities, people disappear at dusk out of fear for their lives.

There are bold creative economic empowerment models that in the past rejected by Syracuse, these could have had measurable impact of our city’s poor. Perhaps we wouldn’t have so many people living in extreme poverty.  We need to confront our leaders and ask about true job creation for our massive numbers of unemployed and unemployed. That’s, after we get up off our knees.