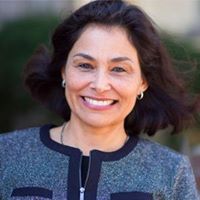 On Tuesday, New Politics, a national organization supporting veterans running for office, endorsed Juanita Perez Williams for Mayor. This is her fifth endorsement of the 2017 election.

Executive Director and Founder, Emily Cherniack said, “Juanita brings an unparalleled understanding of the issues families face. As a mother and grandmother, she knows firsthand the challenges of being a working mom and raising a family in this economy. From pre-k to college, she’s seen that when we commit to investing in every young person, we can ensure every kid can go as far as their talents take them. And as the first Latina mayor in New York history, she’ll be a leader for every resident of Syracuse. We’re incredibly proud to endorse Juanita in her run for Mayor and can’t wait to see her leadership in City Hall.”

Founded in 2013, New Politics is a bipartisan organization helping bring a new generation of leadership to politics by helping promising national service alumni and military veterans run for public office.

Perez Williams is a former Lieutenant Commander in the Navy and is the only military veteran running for Mayor. Regarding the endorsement, Perez Williams said, “New Politics has played an important role in electing military veterans over the last two election cycles, including rising star, Seth Moulton. I am honored to have their support and as Mayor will keep veteran’s issues a top priority. Our city can be a model for the rest of the country on putting veterans to work, providing top rated health care and offering convenient and accessible services. This campaign has been about listening and service to others, and with our fifth endorsement, I plan to carry that message to city hall.”

Perez Williams has also been endorsed by the Public Employees Federation (PEF), Latino Professional Network of Syracuse (LPNS), the United Union of Roofers, Waterproofers, and Allied Workers, Local #195, and VoteVets.