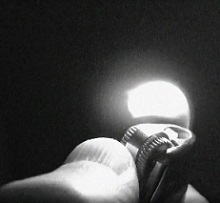 Town of Clay, New York – The Onondaga County Sheriff’s Office reports that Sheriff’s Deputies have charged a 17-year-old male accused of setting his family’s house on fire yesterday morning in the Town of Clay.

On March 7th, at approximately 9:07 AM, sheriff’s deputies along with firefighters from multiple fire departments responded to a reported structure fire located at 303 Brookhaven Road. When Sheriff’s Deputies arrived on scene, the homeowners advised them that their 17-year-old son was still inside the house. Deputies quickly made entry into the home to search for the teen but were unable to reach his second-floor bedroom due to heavy smoke and fire. Deputies further utilized a ladder to climb onto the attached garage to gain access to the teen’s bedroom window but were still unable to enter the room due to heavy fire. Deputies yelled multiple times for the teen but received no response.

After exiting the home and descending from the rooftop, deputies observed footprints in the snow leading away from the residence. Deputies and State Troopers began searching the neighborhood for the teen when they discovered the teen running east on David Drive away from the scene. The teen was eventually taken into custody in the area of Bear Road and Buckley Road.

Firefighters arrived on scene and were able to get the fire under control within 10 minutes, which caused significant damage to the second floor of the residence. The parents were able to escape the home uninjured, however, four Deputies sustained minor smoke inhalation but refused medical treatment on scene.

Sheriff’s Detectives along with Onondaga County Fire Investigators were also called to the scene and determined that the fire was intentionally set by the teen. The teen was charged with Arson in the 2nd degree. He was arraigned yesterday evening in Centralized Arraignment Court and released to his parents. He is expected to reappear in Family Court this morning.