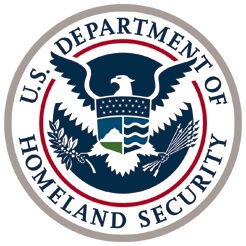 With nearly 20 years of experience as a federal organized crime prosecutor and a track record of success in several leadership positions on the Committee, Congressman Katko is unquiely qualified to strengthen border security, address gaps in the nation’s cyber defenses, combat terrorism, and conduct robust oversisght of the Department on Homeland Security (DHS).

“During my time in Congress, it has been an honor to serve on the House Committee on Homeland Security under the steady leadership of Chairman McCaul and Ranking Member Rogers. Serving on this Committee is not simply an assignment for me—it is a passion that began in 1991 when I started my career in public service,” said Congressman Katko. “Through the various leadership roles I’ve held in Congress and as a federal organized crime prosecutor, I’ve spent much of my life’s work on efforts that improve national security. Today, I’m announcing my intention to continue this critical work as Ranking Member of the House Committee on Homeland Security.” 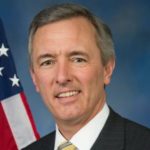 He continued, “In the next two years, our nation will be forced to confront both foreseen and unforeseen threats to our national security. The Committee needs a dynamic and experienced leader who can develop thoughtful solutions to our country’s most complex security issues. By working diligently and collaboratively, we can continue to improve DHS, secure our borders, address new and evolving threats, and stop the anti security agenda of the far-left.”

In Congress, Katko fulfilled leadership roles in a number of subcommittees and task forces. As Chairman of the Subcommittee on Transportation and Protective Security in the 114th and 115th Congresses, he championed legislation and led oversight investigations into critical transportation security issues. Congressman Katko also served as the Chairman of the Committee’s Foreign Fighter Task Force, where he led a bipartisan group of Members in  identifying and addressing unprecedented threats to the Homeland.

In the 116th Congress, Congressman Katko served as Ranking Member of  the Cybersecurity, Infrastructure Protection, and Innovation Subcommittee, where he led Republican efforts to improve our nation’s cybersecurity, including within our election systems. Early this year, he was appointed as Ranking Member of the Transportation and Infrastructure Committee’s Subcommittee on Economic Development, Public Buildings, and  Emergency Management. In this role, the Congressman led efforts to improve the Federal Emergency Management Agency’s readiness to  respond to natural disasters and the COVID-19 pandemic.