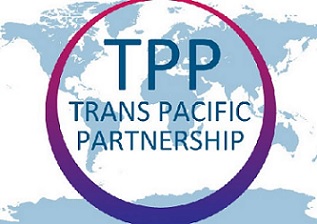 “I have long believed that, when properly negotiated, trade can be of great benefit to this nation and to the world economy.  However, I took a stand against the Trans-Pacific Partnership because it failed to prioritize the American workforce, address unfair trade practices, and prevent currency manipulation.  Significantly, the TPP ignored the mistakes of past trade deals which have harmed Central New York’s manufacturing workforce and economy considerably.  I applaud President Trump for today’s action and look forward to building upon this momentum in Congress to reform our tax code, reign in regulation, and help grow our economy.” 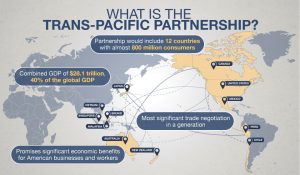 What is the Trans-Pacific Partnership? (Click on image to enlarge)

Congressman John Katko represents the 24th Congressional District of New York, which includes all of Onondaga, Cayuga, and Wayne Counties and a portion of Oswego County.  For more information, please visit https://katko.house.gov or www.facebook.com/RepJohnKatko.