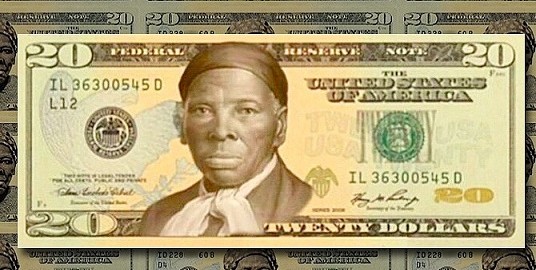 Katko, Cummings & Shaheen: “We are very concerned that the administration is stalling this historic effort”

“When it was announced that Harriet Tubman’s likeness would appear on the redesign of the twenty, it was an inspirational moment for women and girls, and the African American community,” said Katko, Cummings and Shaheen. “We are very concerned that the administration is stalling this historic effort. We urge the administration to follow through and expedite the redesign of the twenty. In lieu of progress by the Treasury Department, we hope Congress will pass the Harriet Tubman Tribute Act of 2019 to make it clear in statute that the redesign of the twenty must honor Harriet Tubman and in a timely fashion. Harriet Tubman’s fight for equality and freedom embodies the American spirit and she deserves to be featured beside our founding fathers. Our currency should finally reflect the important role women, and women of color, have played in our nation’s history.”

Representatives Katko and Cummings have introduced the Harriet Tubman Tribute Act in 2015, 2017, and most recently in February. The bill, as currently written, directs the Secretary of the Treasury to place the likeness of Harriet Tubman on $20 Federal Reserve notes printed after December 31, 2020.

Senator Shaheen recently re-introduced the Harriet Tubman Tribute Act in the Senate as part of her longstanding leadership in Congress to honor women on our nation’s currency. In 2015, she called on the Obama administration to feature a woman on our currency through executive action.