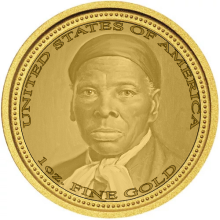 Proceeds from the Coins Will Benefit Harriet Tubman Home in Auburn 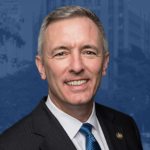 Specifically, the Harriet Tubman Bicentennial Commemorative Coin Act would direct the Department of the Treasury to mint and issue $5 gold coins, $1 silver coins, and half dollar clad coins bearing Tubman’s image and emblematic of her legacy, all of which would be legal tender. All surcharges received by the Treasury would be paid equally to the Harriet Tubman Home in Auburn, New York and the National Underground Railroad Freedom Center in Cincinnati, Ohio to help fulfill their missions of telling the stories of abolitionists and inspiring the public by sharing Harriet Tubman’s core values and promoting her enormous legacy.

“After escaping slavery and becoming a conductor on the Underground Railroad, Harriet Tubman for several years resided in Auburn. Her former home, which is now a National Historic Park, has become a cherished site in Central New York and helps educate the public on Tubman’s life,” said Rep. Katko. “Over the years, I’ve supported efforts to honor Tubman, and today I’m proud to announce the introduction of the Harriet Tubman Bicentennial Commemorative Coin Act. This bipartisan, bicameral bill would create a series of commemorative coins bearing Tubman’s image, with proceeds from the coins supporting the Harriet Tubman Home and their mission. It is my hope that this effort will help inspire more Americans to carry on Tubman’s legacy.”

“On March 10th Harriet Tubman’s death was remembered. It was befitting to honor her with this United States commemorative coin,” said Bishop Dennis V. Proctor, Chairman of the Board of Directors for Harriet Tubman Home, Inc. “Every home should have a keepsake of these specially minted coins. Central New York knew the “Free Harriet!” She was a heroine of war against the confederacy, poverty, illiteracy and human indignity! Her recent induction into the Military Intelligence Hall of Fame is laudable. Congressman Katko continues to be a friend to the Harriet Tubman legacy. May the rest of America awaken to the unshakeable faith and unquenchable spirit of this trailblazer.”