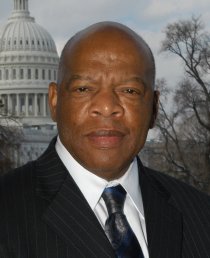 “Today our nation mourns the loss of John Lewis, an icon of the Civil Rights movement who dedicated his life to fighting for equality. He was an American hero who never wavered in his pursuit to make our country a more fair, just place.

“During my first term in Congress, I met John Lewis when we sat next to each other at the President’s State of the Union Address. We became friends, and often spoke on the House floor. While we served on different sides of the aisle, he was always willing to hear and consider the perspectives of others. It was an honor to serve alongside him in Congress.

“John Lewis will forever be remembered for his strong leadership, his commitment to peaceful action, and the tremendous sacrifices he made to enact change. Robin and I wish his family, loved ones and all who knew and admired him peace during this difficult time.”