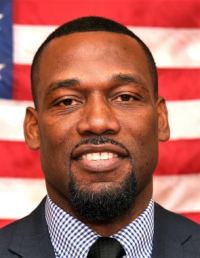 The current condition of the Skyline Apartment complex is unacceptable. Tenants are regularly forced to live through public health violations that are addressed meagerly at best, often exposed to fecal matter in stairwells, excessive garbage, and used drug paraphernalia. As has been repeatedly highlighted that security measures at Skyline are inadequate to begin with, not to mention the decreases in security since the beginning of the pandemic. While budgets have been tight, there is absolutely no excuse for the safety of tenants to be undermined.

For the past year, the horrific conditions at Skyline have been largely disregarded. When it is inconvenient it seems that no one wants to stand up for the people of Syracuse. Only now as it has become a pervasive issue have public officials began to discuss this crisis. Additionally, it seems these conversations are purely lip service to score political points. I am disgusted at the half-hearted attempts to address the unlivable conditions found at Skyline and other complexes throughout the city. There needs to be a concerted effort to both hold abusive landlords accountable and provide solutions that genuinely improve the quality of life for everyone in our city.

Syracuse needs a mayor who has the determination to stand up to those causing harmful situations to our residents. We need a mayor who acts decisively in our residents’ favor even when it is politically inconvenient. Improving upon warrants for inspection legislation and enforcing strict penalties on those who violate public health codes are two critical actions I would immediately take to ensure safety for everyone in Syracuse. The time is now that Syracuse has a mayor who understands the circumstances of our citizens. Rather than play politics and giving a favorable appearance, the public officials of Syracuse need to act in ways that are actually helpful. I for one, cannot not stand by as our residents are nothing more than a pawn in a chess game for the politically desperate and ambitious. Syracuse deserves better.