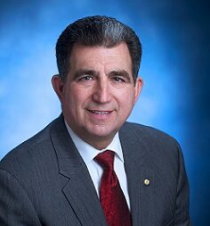 The intent of §485-a of the Real Property Tax Law is to incentivize the redevelopment of older buildings by allowing municipalities to offer a 12-year exemption on property taxes to developers who renovate these building to include commercial and residential space. The program was abused by developers who completed the projects with minimal or no commercial uses, buildings that are nearly totally demolished and rebuilt, and projects built on vacant lots.  The resulting property tax exemptions are costing participating localities millions of dollars each year and placing a heavier burden on other property taxpayers.

“The abuses under this program are egregious,” Assemblyman Magnarelli said, “§485-a exemptions should not be going to projects where the only commercial uses in the building are vending machines or storage units, or where the developer essentially demolishes the underlying structure for new construction.  Local governments and assessors say the current law does not give them the authority to deny these applications.  This newly enacted legislation gives them that authority and will return the §485-a program to this purpose.  This program was created to help our downtowns redevelop old buildings into useful mixed-use structures.”

This legislation will reform the §485-a program in the following ways: