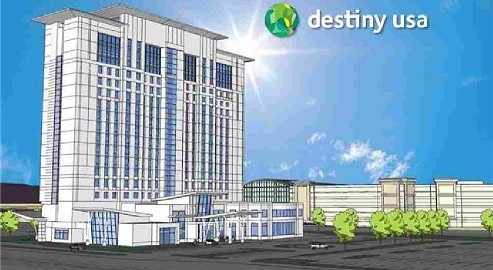 Rudd: I Call on Ryan McMahon to Oppose Further Public Benefits for This Or Any Future DestiNY USA Hotel Proposal

SYRACUSE, N.Y–Timothy M. Rudd, candidate for the Onondaga County Legislature’s 15th district, today called on his opponent to oppose tax breaks for the construction of a hotel at DestiNY USA. The developers of the hotel, major donors to County Legislature Chairman Ryan McMahon’s various political committees, have been actively seeking a $20 million tax exemption from the Onondaga County Industrial Development Agency (OCIDA), which is controlled by the Legislature Chair.

“This election offers a clear choice between two very different visions for our government,” said Tim Rudd. “My opponent believes in corporate welfare, providing millions of our hard-earned dollars in tax breaks to wealthy special interests. I believe our government should invest in the people of our County and put our tax dollars where they are really needed: in our schools, our neighborhoods and our infrastructure.” 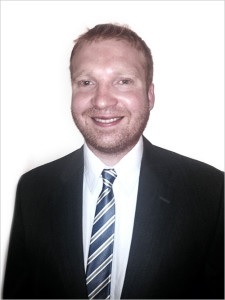 In 2014, the OCIDA considered a proposal–pushed by Legislature Chairman Ryan McMahon, who appoints the Board of OCIDA–that would have given a $20 million tax break to the DestiNY USA developers for the construction of a hotel on their premises. DestiNY has already received an estimated $700 million in tax breaks, which was originally to include the construction of a hotel, a project that was never completed. OCIDA hired outside counsel after it was determined their attorneys were conflicted due to outside relationships with DestiNY. The outside counsel has worked on a feasibility study for the proposed DestiNY hotel, but it was never publicly released.

Tim Rudd added: “I call on my opponent to release the OCIDA report so our entire community can see the findings of this public agency’s research. I also call on Ryan McMahon to oppose further public benefits for this or any future DestiNY USA hotel proposal.”

The Republican Legislators Campaign Committee, run by Ryan McMahon, received two separate $2,000 contributions from Robert Congel and Bruce Kenan, lead Destiny USA partners, on November 25 and November 26, 2013. $4,000 was given by Destiny USA to Ryan McMahon immediately after the 2013 election. The proposed tax breaks for the DestiNY Hotel were announced with McMahon’s support in February, 2014, less than three months after these contributions were made. McMahon’s campaign committees have received almost $22,000 in contributions from people connected with DestiNY.

Next week, Tim Rudd will propose a plan to use a share of the $20 million–the revenue our County would lose by granting a tax break to DestiNY–to create a youth jobs program.