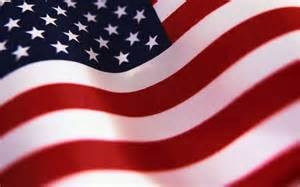 Our 240 year experiment in democracy is dependent on our leaders being truthful. For citizens to make wise decisions in an election year we need facts; not distortions and lies presented as truths.

The TV attack ad by Representative Katko is long on distortion and short on truth.

Distortion 1: The ad approved by Rep. Katko states that Candidate Balter failed to pay business taxes of $2,176.30 in Florida.

Fact: Candidate Balter  owed the state $47.29 which she paid when she received the bill in March 2013 in Syracuse.

Distortion 2: The TV ad than states Candidate Balter lived in this “swanky” home in 2013 when she wasn’t paying her business taxes. The ad shows a photo of a pool ringed by palm trees with a large building behind it with floor to ceiling windows.

Fact: The building was not Candidate Balter’s home. It was the clubhouse to a pool at the condominium. Balter lived at her brother’s house in the complex from 2010 to 2012. By 2013 Candidate Balter lived in a house in Syracuse she paid $95,000 according to Onondaga County Property records.

When asked by a Syracuse reporter in a Facebook Live interview on Oct 17 why he didn’t pull the ad, three days after a fact check article appeared in the Sunday Post Standard stating the ad had a number of misleading “facts” Rep. Katko said “Because it’s accurate.”