To Celebrate the release of his memoir “No, We Are Not There Yet ”, Grace Episcopal Church Fellowship Hall was full of friends, relatives and well-wishers; many giving personal testimony of their relationship with Louis Clark, a man who has served the Syracuse Community.

Author Louis Clark was born on the same day as civil rights icon Martin Luther King, Jr. (January 15) and was named after Joe Louis, the heavyweight-boxing champion who beat German Max Schmelling in 1938. 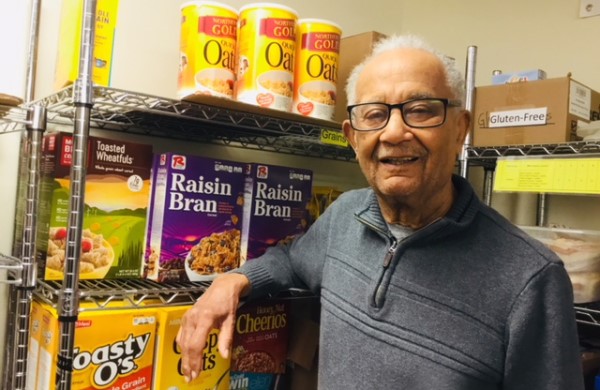 On Sunday April 29, 2019 Grace Episcopal Church was host to a book signing event celebrating the release; more than a book signing, this was a homecoming. The Fellowship Hall was full of friends, relatives and well-wishers; many giving personal testimony to a life of a man who has served others. 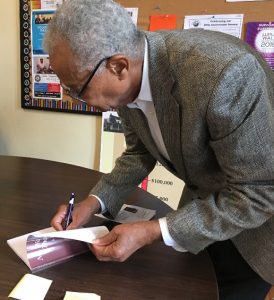 Louis Clark signing his memoir, “No, We Are Not There Yet,”

The reader learns of Clark’s personal experiences with housing and educational discrimination when he describes a childhood home with no running water, plumbing or electricity and writes of being the only African American student in a classroom of whites, a circumstance he endured from kindergarten through high school.

Clark’s experience with discrimination in employment began in high school when, despite being one of the top students, he was counseled to become a Pullman porter.

However, Clark worked in the advertising department of a store after high school, then joined the US Air Force, and earned an undergraduate degree from Rider College in New Jersey and master’s degrees from Syracuse University (MPA ’72) and Occidental College, where President Barack Obama also studied. 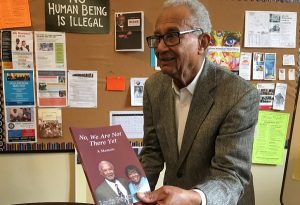 Clark’s work to fight discrimination included growing the Head Start program; keeping Onondaga County from building a penitentiary too big for the population; challenging discriminatory hiring practices in the city of Syracuse; and supporting the inclusion of African Americans in local politics.

“I may never see this country have an equal playing field for people of color,” writes Clark at the closing of his memoir. “But, like Dr. Martin Luther King, I have a dream, and my dream is that all people have the support and motivation they need.”