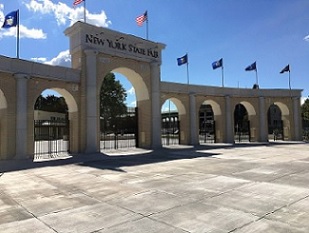 This is a result of the second round of the planned allocations for the New York State Fair. Last year’s investment has resulted in record attendance of 1.1 million.

The Governor and half his cabinet and many local leaders appeared at the New York State Fairgrounds to make the announcement of the following:

More details will be posted as they’re made available.