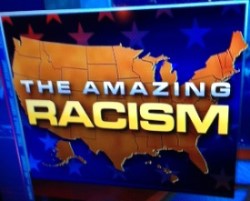 Watching Donald Trump sign a proclamation honoring Dr. Martin Luther King, Jr. made my belly churn. As he left the room reporters shouted, “Mr. President, are you a racist?” After witnessing lie, after lie, after lie, how am I supposed to process this celebratory event?  And to think, just barely 24 hours earlier, the President of the United States reportedly referred to African nations as “shithole countries”.  Immigrants from Haiti and El Salvador didn’t escape the wrath of Trump. At one point declaring, “All Haitians have AIDS and once Nigerians see our gleaming skyscrapers, they’ll never return to their huts.”

We’ve not witnessed a recent public display of overt racism such as this, at this level of government. You can trace Trumps rhetoric and behavior to 1963 when Alabama Gov. George Wallace stated in his Inaugural Address, “In the name of the greatest people that have ever trod this earth, I draw the line in the dust and toss the gauntlet before the feet of tyranny, and I say segregation now, segregation tomorrow, segregation forever.”

The Encyclopedia Britannica describes George Wallace not as a segregationist but as a “populist” who pandered to the white majority of voters. Does this sound familiar? The aforementioned term, has been used to describe President Donald Trump.

From The Top 25 Negative Political Campaigns of All Time as late as 1970, in the Alabama gubernatorial race Wallace aired television ads with catch phrases such as; “Do you want the black bloc electing your governor?” and distributed print ads, the slogan read, “Wake Up Alabama! Blacks vow to take over Alabama.” The advertisements were complete with an image showing a white girl surrounded by seven black boys.

In 2018, Instead of paid advertisements, the Republican Party led by Donald Trump, has allowed their rhetoric to convey this missive of hate, through mass distribution, print, television and digital media.

Republican sycophants are now using Star Wars era Jedi Mind Tricks, As Alec Guinness said playing Obi-Wan Kenobi, “These are not the Droids you’re looking for”.  Trumps apologists and sympathizers are staring into a cable television camera near you, playing Jedi Mind Tricks on Americans, repeating, “Donald Trump is not a racist”, “This is locker-room salty talk” and the kicker,” I don’t recall hearing that”. 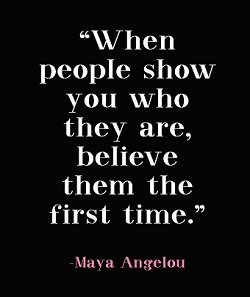 It’s unsettling to listen to Donald Trump’s comments about immigration and then listen to the way people have chosen to defend them, and him. Those supporters of immigration from places like Norway, if they spat in a cup and sent it to Ancestry DNA, they’d find that their nation of origin didn’t send their best and brightest.

Hundreds of thousands of immigrants left Europe due to famine and political oppression; they arrived with nothing but the clothes on their backs and a drive to succeed. And yes, some arrived in American without a pot to piss in, or a window to throw it out of.

Some of these places were shitholes; the only difference was that these immigrants and nations of origin were white.  President Trump’s comments seemed to long for the days, when people were judged, not by the content of their character, but by the content of the nation they’re coming from. The entire legacy of the King Holiday is lost in translation. Just watching him sign the proclamation was unsettling; This President lies with impunity.  And he now says to reporters, “I’m the least racist person you have ever interviewed.”

President of the United States Donald J. Trump spoke his heart and mind, with words that are now widely seen as being overtly racist, as Maya Angelou once said; “When people  show you who they are, believe them the first time.”