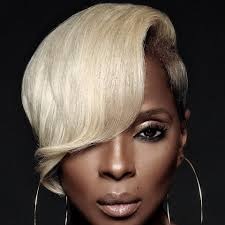 Los Angeles (Apr 16, 2019) – Two of hip-hop and R&B’s most legendary artists – Mary J. Blige and Nas – will be hitting the road together for the first time ever across North America this summer. The hitmaking heavyweights will be bringing a stacked setlist of songs spanning both of their careers that will make this one of the can’t miss shows of the summer.

Produced by Live Nation, the 22-city outing will kick off July 11th in West Palm Beach, FL at the Coral Sky Amphitheatre and make stops in Atlanta, Houston, Las Vegas and more.  The North American trek will see the two performing in a number of indoor and outdoor spaces across amphitheaters and arenas all summer long, concluding on September 10th in Toronto, ON at Budweiser Stage. Please see full itinerary below.

Tickets will go on sale to the general public on Friday, April 19th starting at 10am local time at LiveNation.com. Citi is the official presale credit card of the tour. As such, Citi cardmembers will have access to purchase presale tickets beginning Wednesday, April 17th at 12pm local time until Thursday, April 18th at 10pm local time through Citi EntertainmentSM. For complete presale details visit www.citientertainment.com.

*Nas not playing
^on sale beginning April 18th at 10am

Mary J. Blige, Iconic Grammy Award-winning singer, songwriter, actress and philanthropist, Mary J. Blige is a figure of inspiration, transformation and empowerment making her one of the defining voices of the contemporary music era. With a track record of eight multi-platinum albums, nine Grammy Awards (plus a staggering 32 nominations), two Academy Award nominations, two Golden Globe nominations, and a SAG nomination, among many other accolades, Blige has cemented herself as a global superstar. And in the ensuing years, the singer/songwriter has attracted an intensely loyal fan base—responsible for propelling worldwide sales of more than 50 million albums.

Nas, Since his Illmatic debut in 1994, hip hop heavyweight Nas has long been considered one of the most influential and talented MCs to ever hold a mic. The Queens, NY native has dodged the unpredictable and ephemeral nature of the rap industry, consistently releasing critically acclaimed projects that become more than just hip hop records, but defining moments in music history. Racking up 11 albums in the Billboard Top 10, 6 debuting at #1, 13 Grammy nominations, 8 consecutive platinum and multi-platinum albums, and over 30 millions records sold worldwide, Nas’ catalogue speaks for itself. Most recently, Nas released the 4th of 5 Kanye West-produced projects, NASIR.

All dates, acts and ticket prices subject to change without notice.  Tickets subject to applicable fees. More information will be posted as it becomes available.