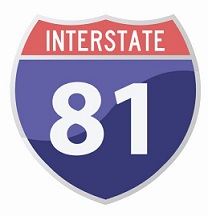 After speaking with many Dewitt Residents in various capacities, some who are in favor of maintaining the N/S high-speed thoroughfare, and some who were supportive of the Community Grid option for the replacement of the I-81 Viaduct, I have become aware of significant concerns about how the construction would impact Exits 3E on 481 North.

This exit, which leads to the suburbs of Dewitt, Manlius, Fayetteville and Cazenovia, is already a daily homeward bound commuter nightmare, forcing upwards of 20 minute daily delays, creating dangerous conditions on East Genesee Street and causing vehicular accidents. Whichever option is chosen for the I-81 project, there are concerns that this situation will only get worse.

While the Community Grid option is the only option that designates resources to improving 481 whichever option is chosen, once construction begins, Dewitt and other residents of Eastern Suburbs will see even more traffic, at an exit that is already a problem, indeed a hazard, during rush hours. 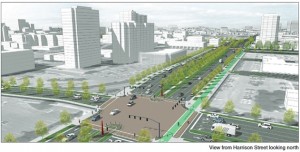 Additionally, residents of Woodchuck Hill Road have expressed to me, concerns that, given a worsening situation at exit 3E, commuters will increasingly choose to use exit 2, traveling that route to reach their suburban homes, and increasing traffic in that residential neighborhood.

I am asking that the DOT look into options to alleviate the anticipated worsening congestion at exit 3E on 481 N and that this improvement be addressed and included in the project plan.

I will also be calling on the citizens of these suburbs, as well as their elected leaders, to reach out during this comment period to share their concerns, and ask that DOT provide relief by examining the traffic patterns of both exits 2 and 3E, their flow onto local streets, and to present the community with a plan.