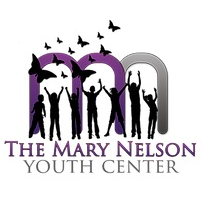 On the heels of the 20th annual Back-to-School Backpack Giveaway Mary Nelson took to Social Media to deliver a message, first of all she thanked Mayor Ben Walsh, Assemblyperson Pamela Hunter, 100 Black Men and then chastised those local leaders that didn’t appear to show support. The shocker is Mary Nelson of The Mary Nelson Youth Center displayed her angst on Facebook Live, perhaps it was the overwhelming support from elected leaders of the region. And the lack of support from people at the local elected leader’s level.    Urbancny.com decided to allow people to hear for themselves what Ms. Nelson had to say. Mary Nelson Live 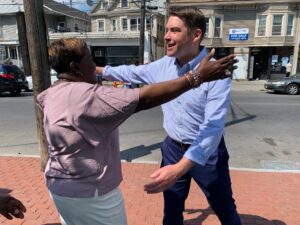 The most blistering comments were reserved for members of the Syracuse Common Council, accusing them of having a clique supportive of only certain causes. Those causes didn’t include her center. There were exclusions as she acknowledged that Khalid Bey and LaToya Allen were under the weather and could not attend. While the Superintendent of schools was in attendance. According to Nelson, the current Syracuse City School Districts Board of Education, in addition to those running for office were no-shows. This is an event that for 20 years attracts children and neighborhood residents.  Upstate Medical University’s transportable Mammogram vehicle was in attendance and agencies had an assortment of tables for health-related issues. No political literature or campaigning was allowed.

What really disturbed Nelson, appears to be the propensity for people to be in places to campaign and not attend those where campaigning is prohibited. Or to miss an event and the next day to see those same officials having a good time, posting pictures at a “Sundress” event.

Another missive to come from Nelson’s Facebook Live is a possible threat from an Onondaga County official who Nelson claims threatened her funding, “you will never get any local, county or state funding”. This threat to her funding claims Nelson. came from a person at the department head level.

At this point in the live Facebook thread, Nelson discloses names, making accusations that sting, daring those who may have publicly said things about her, to confront her. This kerfuffle has been a festering sore as Nelson has long been a critic of how “I can’t depend on my own people”. Nelson in her Facebook Live post can be paraphrased, “how can these people care about our children, and they don’t even show up?”