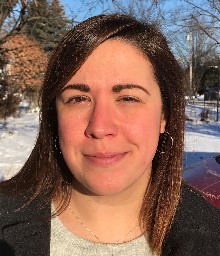 Dunham returns to City Hall after leadership roles with the U.S. House of Representatives,

Dunham returns to City Hall after leadership roles with the U.S. House of Representatives,
Cornell University and the New York State Attorney General

Syracuse, NY (Dec. 26, 2017) – Syracuse Mayor-elect Ben Walsh announced the appointment of Corey Driscoll Dunham to be director of operations for the City of Syracuse. In joining the Walsh administration, Dunham returns to City Hall, where she previously served as Director of Constituent Services and Director of Code Enforcement.

She most recently worked in senior positions in state and federal government and at Cornell University.

As director of operations, Dunham will oversee city departments including Public Works, Engineering, and Water.

In her role, she will promote enhanced coordination between the Office of the Mayor and departments critical to the city’s infrastructure, delivering on Mayor-elect Walsh’s commitment to improve quality of life services for city residents.

Dunham’s responsibilities will also include oversight of Personnel and Labor Relations, promoting increased transparency into the city’s hiring processes, and working to create a diverse, productive city workforce that serves the residents of Syracuse.

“Working in Constituent Services and in Code Enforcement gave Corey on-the-ground knowledge of the city’s operations,” Walsh said. “I’ve also worked side-by-side with Corey before, so I’ve seen her strong commitment to the city and its people up close.”

As Syracuse’s director of codes, her accomplishments included increasing the role of technology within departmental operations, while also initiating and executing a comprehensive realignment of the Division’s management structure.

Dunham brings to her new position a broad level of experience, including roles in government and community relations at Syracuse and Cornell Universities, as well as positions in public service on the state and federal levels.

“Mayor-elect Walsh has an exciting, optimistic vision for Syracuse. He embraces collaboration and has built a broad coalition across various communities with one goal in mind: serving the best interests of the City of Syracuse. I am excited and honored to join his team in making his vision a reality for Syracuse residents.”

Dunham holds a Master’s of Public Administration from the Nelson A. Rockefeller College of Public Affairs and Policy at the University at Albany and lives with her husband on the city’s eastside.