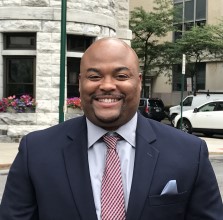 Syracuse, N.Y. – Syracuse Mayor Ben Walsh and Syracuse Police Chief Kenton Buckner announced the appointment of Jimmy Oliver to be the Syracuse Police Department’s first Director of Community Engagement. Oliver, who has been Deputy Commissioner of Parks, Recreation and Youth Programs since June 2018, will join the department in a civilian role responsible for developing, coordinating and implementing community engagement programming.

“Jimmy Oliver believes in this community. He is respected across Syracuse for engaging people of all ages, particularly our youth, in city programming,” said Mayor Walsh. “I am deeply appreciative that he accepted the call to focus his talent and energy on community engagement for the Syracuse Police Department. I look forward to his continued positive impact on our City.” 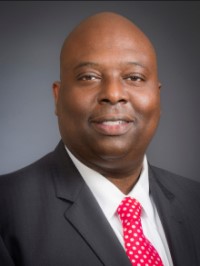 “Jimmy Oliver’s appointment is another example of our City being intentional about improving the police department’s relationship with the community,” said Chief Buckner. “In Jimmy, we have a person with a proven track record in community engagement and strong credibility across our City.”

In his new role, Oliver is charged with helping the department to build community trust and with creating avenues to listen and respond to neighborhood needs. He will focus on improving the department’s relationship with the Syracuse community, particularly with minority and underserved communities, advocacy groups and other key stakeholders.

Among his specific assignments will be creating a nationally-affiliated Syracuse Police Department Police Athletic League (PAL), a program dedicated to preventing juvenile crime and violence by providing mentorship, community service, athletic, recreational, enrichment and educational opportunities. He will coordinate Chief Bucker’s District Advisory Group activities and will manage the work of the City of Syracuse-Onondaga County Coalition to Reduce Gun Violence.  He will also collaborate with community stakeholders and the Neighborhood Watch Group of Greater Syracuse Coordinator. He will report to Chief Buckner.