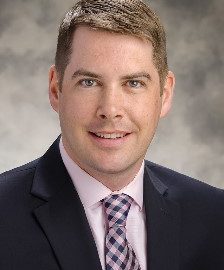 Jennifer Tifft has been named Deputy Commissioner. Reporting to Commissioner Stephanie Pasquale, Tifft will be responsible for the day to day oversight and supervision of the staff of the Business Development, Neighborhood Planning, Program Administration, Fiscal, and Minority Affairs divisions. Tifft fills an existing, open position and will also work closely with the Commissioner and Division heads on department-wide administration and strategic initiatives, and will be tasked with identifying opportunities for shared services with the Onondaga County Office of Economic Development.

Formerly a senior manager at Deloitte Consulting, a global consulting firm, Tifft will bring her experience in government strategy and operations to the staff. She has over 13 years with Deloitte, managing projects focused on economic growth, service delivery enhancement, performance measurement, and overall program improvement for residents in states and cities nationwide. Tifft recently served as the Chief of Staff for Deloitte’s Future of Mobility practice where she identified new opportunities associated with the introduction of shared, autonomous, and connected mobility technologies. 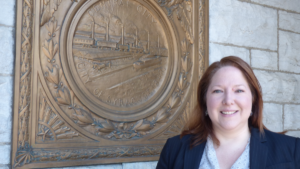 Tifft is a graduate of Syracuse University with a Master of Public Administration (MPA) degree from the Maxwell School and a Juris Doctor (JD) from the College of Law. She is also a certified Project Management Professional (PMP).

Eric Ennis has been promoted to Director of Business Development. Ennis has worked with the City in community development roles since 2014. In his new position, he has assumed responsibility for driving business and economic development in the City, including reviewing and supporting commercial and mixed-use real estate projects, providing technical and financial assistance, and leading other city initiatives that will foster business growth in the city. He also serves as the Executive Director of the Syracuse Economic Development Corporation (SEDCO), which provides small business loans to firms in Syracuse. 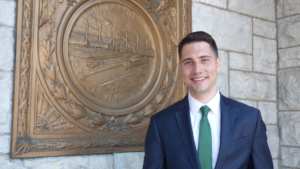 Ennis is a Central New York native and serves in various roles with local non-profit organizations, including as the president of Adapt CNY and chairman of Hopeprint, and is also involved with Syracuse CoWorks and the Redhouse Arts Center. With Adapt CNY, he played a key role in bringing Gotcha’s Syracuse Sync bike share program, which launches in early July, to the City.

He is a graduate of Syracuse University with a Master of Public Administration from the Maxwell School of Citizenship and Public Affairs, and a Bachelor of Arts in Environmental Design from the School of Architecture and Planning from the University at Buffalo. 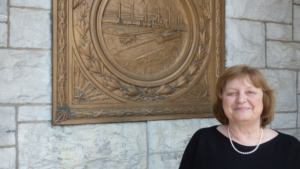 Judy DeLaney has been appointed as the new Executive Director of Syracuse Industrial Development Agency (SIDA). DeLaney will administer the work of the SIDA, including evaluating new projects seeking support to create investment in the physical space and spur new jobs throughout the City.  In her previous role at NBD as Economic Development Specialist, DeLaney assisted businesses seeking to grow with financing options through SIDA and the Syracuse Local Development Corporation.

She has worked for the City to advance economic development efforts for nearly 19 years. DeLaney has worked in the private sector as a bank manager with expertise in commercial lending.