Syracuse, N.Y. — Syracuse Mayor Ben Walsh announced the launch of an eight-week campaign in partnership with AT&T and the Syracuse Juneteenth Committee to ignite support for and partnership with Black-owned businesses in the City. The campaign launches ahead of Juneteenth, the June 19th holiday celebrating the end of slavery in the United States. See full video : https://vimeo.com/540765323 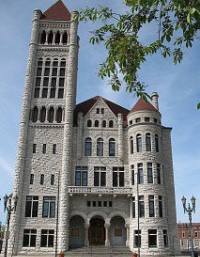 “After an incredibly challenging year, this innovative campaign is a chance to celebrate and support popular and new or unknown Black-owned businesses in Syracuse,” said Mayor Walsh. “AT&T’s support for the Syracuse Ignite Juneteenth campaign is a testament to its commitment to Black-owned businesses that have for years contributed to our city’s growth and culture. I encourage businesses of all types and sizes to join in this community celebration.”

“AT&T is honored to support Syracuse Ignite Juneteenth as it aligns with our Company’s longstanding commitment to working with and assisting Black-owned and other diverse businesses to achieve economic success, while celebrating diversity and fostering inclusion in our community,” said Amy Kramer, New York President, AT&T.

“As a company connecting people and businesses for more than 100 years and an industry leader in creating and delivering digital storytelling and content, we are thrilled to help promote and showcase Juneteenth and the many amazing locally owned businesses in the City of Syracuse. I applaud the tireless organizers, the City of Syracuse, and Mayor Walsh for their vision and hard work in establishing this initiative and I encourage everyone to take part and support these local businesses and learn more about the importance of Juneteenth in America.”

The campaign partners are inviting businesses to participate in the campaign by:

Production for the Syracuse Ignite Juneteenth campaign is also being done in partnership with Le Moyne College’s ‘Phin Labs. Short for ’Phinovation,’Phin Labs is an on-campus hub for hands-on entrepreneurial and experiential learning for students of all majors.

During the campaign, the City of Syracuse Office of Minority affairs will also re-launch its Grow Your Business series, which is a series of virtual webinars designed to help minority-owned businesses improve their services and grow. Business owners are encouraged to connect with the Office of Minority Affairs to register as a city MWBE and learn about procurement opportunities through city government.

As an innovative content, digital storytelling and entertainment company, AT&T is supporting the social justice campaign’s digital ads and marketing as well as the campaign website and camera and production equipment for the winner of the mini-film competition.

AT&T’s support and involvement in Syracuse Ignite Juneteenth grows out of the Company’s culture of dedication and commitment to diversity, inclusion, and empowerment both internally throughout the company and externally within the communities it serves across the country. As part of this ongoing commitment, AT&T has spent more than $3 billion with U.S. Black- owned suppliers over the past two years and was ranked number 1 on DiversityInc Top 50 Companies for Diversity list and named to the Publication’s Hall of Fame. AT&T is committed to participating in celebrating innovation among business communities of color as well as fostering upward mobility against the challenges of social inequities exacerbated by the COVID-19 pandemic.

The City of Syracuse Office of Minority Affairs provides resources to minority and women-owned business enterprises (MWBEs) including city verification of ownership status and certification, technical support, developmental training, access to contracting opportunities, and networking events. With support from the team of experts within the Department of Neighborhood and Business Development, the office seeks to boost participation on city-led projects and procurement contracts for MWBEs and marginalized workforce populations. To learn more about how to become a city-certified MWBE or receive information about how to do business with the City of Syracuse as a diverse supplier, visit http://syrgov.net/Supplier_Diversity.aspx.