Syracuse, N.Y. – With extreme heat rolling into Syracuse Friday, the City of Syracuse and the Boys & Girls Club announced the opening of air-conditioned centers for at-risk residents to get relief from dangerous temperatures. For those who are able, city pools and water features will also be open this weekend as a place to escape the heat.

“We are expecting very high temperatures on Friday and extreme heat conditions on Saturday,” said Mayor Walsh. “We want to be sure that those who can’t get access to a safe space have somewhere to go. People should also keep an eye on their neighbors and on those who might live alone. If they need a place to go, help them get to one of our neighborhood sites.” 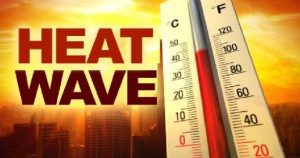 For elderly residents, families with small children, and those with special needs who do not have access to air conditioning, city community centers at the following locations will be open to city residents on Saturday from Noon to 8 p.m.: Magnarelli Community Center at McChesney Park 2308 Grant Boulevard  Cecile Community Center 174 West Seneca Turnpike

Residents who are vulnerable to the heat and do not have other options are encouraged to visit any of these locations.  Other options to spend time in cooler temperatures are public spaces, such as shopping malls or libraries.

The City also has outdoor water features – fountains and sprayers – at nine locations:

The city also advises residents to be aware of and abide by guidelines in an “Extreme Heat Precautions” advisory issued Thursday by the Onondaga County Department of Health.