New portal introduces revisions to Use of Force policy

Syracuse, N.Y. – Syracuse Mayor Ben Walsh announced the launch of a web portal that tracks progress and provides updates on police reform efforts in the City of Syracuse. The portal introduces the revised draft Use of Force policy, the most recent among 16 actions included in the Mayor’s Executive Order on Syracuse Police Reform.

The web portal presents an overview of commitments made by the City to address police reform and delivers status updates on each of the initiatives, as well as details on actions completed. It also provides a timeline of work by the Walsh Administration on police-community relations over the past two and a half years. 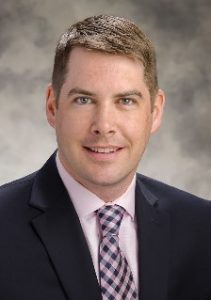 “Our team at City Hall and in the Syracuse Police Department work every day on strengthening police-community relations and increasing police accountability,” said Mayor Walsh. “The community has strong interest in what we are doing and what we have already done. The portal makes it easy to follow what is being done and how we are tracking toward our commitments to the community.”

The portal includes the Department’s revised Use of Force policy which is being released today.  A revised Body-Worn Camera policy was also posted today. Both documents were updated in 2019 and have been revised again based on input from a variety of internal and external sources. They are considered in draft form pending an upcoming public engagement process required by Governor Cuomo’s Police Reform and Reinvention Collaborative Executive Order.

Use of Force Policy: Revised to emphasize the policy’s core principles, including: preservation of the sanctity of human life; an officer’s obligation to de-escalate interactions when safe and feasible; and an officer’s sworn duty to intervene and report any unauthorized use of force. The new policy bans the use of chokeholds as a police practice in a manner consistent with the conduct prohibited by the Eric Garner Anti-Chokehold Act (NY Penal Law 121.13-A).  Link to 2019 Use of Force policy.

Body-Worn Camera Policy: Revisions will clarify guidance for officers and the public on when officers are required to activate and authorized to deactivate cameras, as well as guidelines for permitted and prohibited uses. The policy states that body-worn cameras should be capturing and recording during “all law enforcement activity.”  Link to 2019 Body-Worn Camera policy.

On June 19, Mayor Walsh signed an Executive Order on Syracuse Police Reform with 16 actions to enhance police accountability and improve police-community relations. In July, the Mayor issued a comprehensive response to nine demands for reform made by stakeholder and protest groups referencing actions in the Executive Order on Syracuse Police Reform.