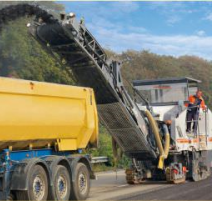 Milling (removing the top layer of existing pavement) is being completed and paving will begin this week on Comstock Avenue between Euclid Avenue and East Colvin Street.  The project is expected to be completed by end of this week.

During the week of July 13, Department of Public Works crews expect to begin milling and paving on Westcott Street from Dell Street to East Genesee Street. The project is expected to take up to seven to ten days.

Temporary lane and road closures will occur. Detours will be marked. Actual project start dates and timeframes are contingent on favorable weather.