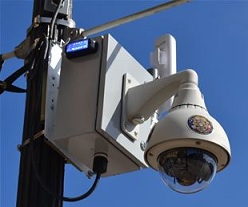 “My Executive Order is intended to ensure that surveillance tools are implemented in a safe and well-governed way. Ensuring community input on potential government uses of surveillance technology, including the areas of public safety and law enforcement, is also another step forward in our work on police reform. Establishing this Work Group is a commitment we made to the community, and I thank the members for taking on this important work for their community,” said Mayor Walsh.

The Work Group’s role is to ensure due diligence is done on all technologies fitting surveillance characteristics prior to approval and implementation. It is comprised of five community representatives and eight city staff members, and its work will be facilitated by the City’s Office of Accountability, Performance and Innovation (API).

The group will consider impacts to the City of Syracuse in a variety of areas including equity of service, privacy protection, efficacy of collection techniques, financial capabilities of implementation, and benefits to the taxpayer.

Members of the Work Group are:

The Mayor’s Executive Order authorized the administration to implement a Surveillance Technology Policy. The document was developed in the second half of 2020 under the guidance of the API with input from multiple department heads and city staff representatives.

The policy references the use of surveillance technologies for applications such as infrastructure monitoring, public safety and criminal investigations. It defines surveillance technologies as those tools that “observe or analyze the movements, behavior or actions of identifiable individuals in a manner that is reasonably likely to raise concerns about civil liberties, freedom of speech or association, racial equity or social justice.”

A compendium of police reform actions by Mayor Walsh is presented and updated regularly on the Reporting Progress web portal at https://ourcity.syrgov.net/portfolio/reporting-progress-01/.