The show cause filing is a request for injunctive relief to force compliance with the June 2021 Nuisance Abatement Order requiring, among other things, multiple security personnel around the clock at the over 350 unit property on James Street. The new filing seeks an order requiring Green National to fully comply, and remain compliant with, the Nuisance Abatement Order for the safety of the residents. 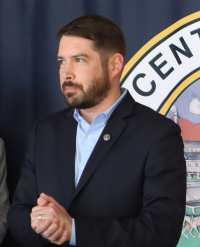 “If City law, financial penalties and common decency don’t work, we need the Court to require immediate compliance with security requirements at Green Skyline,” said Mayor Walsh. “Skyline residents deserve it and this community can’t accept days or weeks of inaction; we need consistent performance by the company now.”

The filing includes affidavits from residents of the facility and others as well as documentation from Syracuse Police evidencing repeated incidents of insufficient security staffing and failure to secure entrances to the complex. It also includes statements by current and former employees of Green Skyline’s private security contractor regarding lack of proper staffing and training. As required by the Nuisance Abatement Order, the City sent formal notice of the company’s failure to comply two weeks ago.

The City’s show cause action follows an announcement by New York State Attorney General Letitia James that the State will retain a $250,000 payment made by Green National because the property manager failed to clear up all code violations at its Syracuse properties within the Attorney General’s mandated deadline.