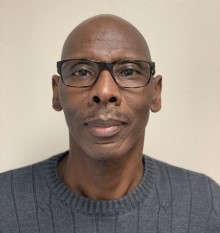 In his previous role for the last 12 years, Perry served as the former assistant director of the Division of Code Enforcement. He has an extensive background in construction, owning his own business before joining the City of Syracuse. Prior to being a self-employed contractor, Perry served in the military, which was a catalyst for his pursuit of public service in municipal government.

“Illegal setouts are one of my biggest pet peeves in all of the City of Syracuse,” said Mayor Walsh. “It has a significant impact on the quality of life here in our neighborhoods. I am pleased to say that in Sam Perry, we have found someone as passionate as I am about cleaning up and beautifying our city.”

The main job duties Perry will be responsible for include:

Perry began his new duties on Oct. 28. He can be seen out in the field observing streets in every neighborhood, taking notes after inspecting a range of residential dwellings, commercial properties and vacant land. He will report directly to Department of Public Works Commissioner Jeremy Robinson.

The public can report instances of illegal setouts to CityLine online by visiting cityline.syrgov.net or by phone by calling 315-448-2489 (CITY). Detailed information related to trash collection policies and procedures can be found at http://www.syrgov.net/Trash_Pickup_-_Residential.aspx.