One of the city’s Neighborhood Business Corridors targeted by the Mayor and Common Council’s new initiative.

The program, the Distressed Commercial Corridor Improvement Fund, would make grants of up to $100,000 available to invest in commercial and mixed use properties with underutilized ground level spaces to activate storefronts.  It will also provide funding for initiatives that address quality of life concerns in order to spur new investment and economic activity. Based on input from councilors, the program budget has been increased from $1 million to $2 million.

“The pandemic is demonstrating how important it is to have easy-to-access centers of commerce close to where people live. On all sides of the city, we have neighborhood business corridors with the commercial spaces and much of the infrastructure to meet that need,” said Mayor Walsh. ”Consistent with the vision of our Resurgent Neighborhoods Initiative, investing in these areas will not only create economic opportunity, it will lift up the residential areas that surround these corridors and create safer more livable neighborhoods.”

Other commercial areas located within a qualified census tract will be considered eligible for the use of ARPA funding. In addition to capital improvements involving an existing structure, the program will also make funding available for commercial corridor enhancements to address quality of life concerns including lighting, accessibility, and environmental sustainability. 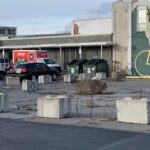 S. Geddes Plaza on of many blighted properties in full use 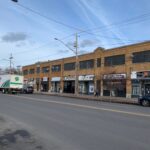 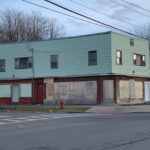 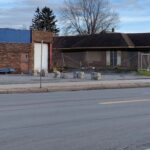 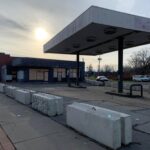 Barriers like these are becoming common on the commercial strip of S. Geddes St. 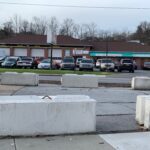 Clusters of successful businesses in the middle of a blight ridden business district.

Pending review of the proposed program, the Syracuse Department of Neighborhood and Business Development will release a request for proposals to solicit project applications for property owners seeking financial assistance in early 2022. A selection committee comprised of City of Syracuse staff and members of the Syracuse Common Council will review applications and conduct analysis to determine project amounts and provide award commitments.

Through ARPA funding, the Mayor and Common Council have authorized more than $44.5 million in pandemic relief expenditures. Investments have occurred in all of the four areas covered in the City’s ARPA strategy: supporting children, families and neighborhoods; transforming infrastructure and public spaces; investing in jobs and economic opportunity; and enhancing government resilience and response.

After consideration in the Wednesday study session, Mayor Walsh is asking the Council to authorize the funding at its Dec. 6 regular meeting.