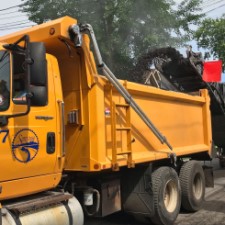 City will repave major thoroughfares and neighborhood streets around Syracuse

Syracuse, N.Y. — Syracuse Mayor Ben Walsh announced road reconstruction projects to repair streets across the city in the 2021 paving season. The plan includes busy roads in every quadrant of the city, neighborhood streets in need of repair around Syracuse, and highly-travelled routes through the heart of downtown.

The road reconstruction projects will be completed by the City’s Department of Public Works (DPW) and Department of Engineering and its contractors, using both state and federal funds. The initial plan includes about fifteen miles of roads to be repaved.

“We’ve continued to increase the miles of roads reconstructed each summer and this year’s plan is the most miles we’ve started with in the past three years,” said Mayor Walsh. “If the weather conditions and projects work out, hopefully, we can accomplish even more streets before fall. I appreciate the Common Council’s support for funding of road reconstruction and am proud of the progress we’ve made in repairing our streets.”

The Syracuse Metropolitan Transportation Council (SMTC)  compiled data listing road ratings for streets citywide. Mayor Walsh engaged SMTC in 2019, at no cost to city taxpayers, to conduct an annual street-by-street visual survey and ranking of the condition of all streets in the City. Streets being reconstructed by DPW were chosen based on a scale identifying the streets in the poorest condition:

The full list of roads scheduled to be reconstructed this year will be voted on by the Syracuse Common Council on Monday, Apr. 26.

A complete map of SMTC’s ratings of Syracuse roads can be found online.