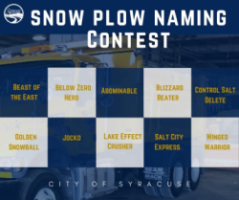 More than 2,000 entries submitted for chance to appear on new plows hitting the roads this winter

Syracuse, N.Y. – Syracuse Mayor Ben Walsh announced the 10 names selected to be emblazoned on the new Department of Public Works (DPW) snow plows added to the city fleet this winter. An overwhelming community response generated over 2,000 entries in the week long contest.

“We received a lot of great names, so making the final choices was tough,” said Mayor Walsh. “Most of the names we selected are uniquely tied to Syracuse and Upstate New York. Others reflect our community’s toughness and pride in the way we respond to winter. They’re exactly how I’d hoped we could make these new plows special. I want to thank all of the people who submitted entries.”

With input from members of the Snow and Ice at DPW, Mayor Walsh made the final selections: 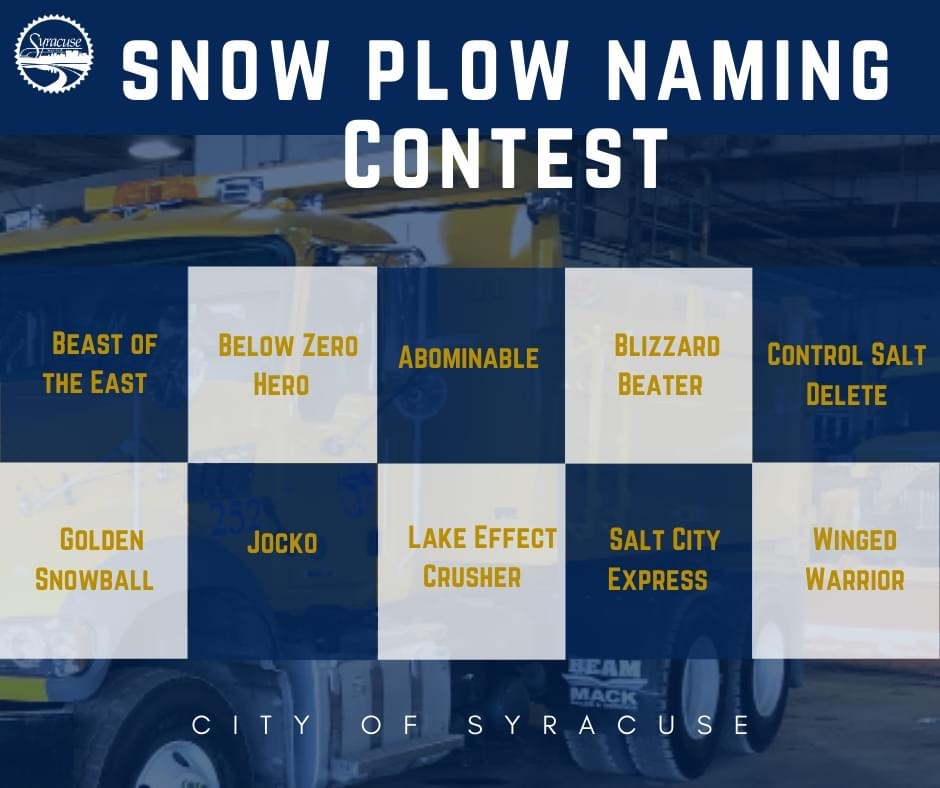 The community can expect to see the names placed on the side of each of the new truck around the end of the year.