Syracuse, N.Y. – Syracuse Mayor Ben Walsh today signed an executive order ensuring residents have input on proposed uses of surveillance technologies by the City of Syracuse. The Surveillance Technology Executive Order enacts policies and procedures for oversight on procurement and ensures surveillance tools are implemented in a safe and well-governed way. 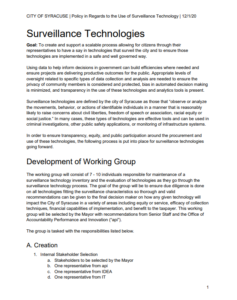 “As we continue to build the City’s capacity to collect and use data to deliver services more effectively and efficiently, this executive order will increase transparency. It ensures that people have the opportunity to know what technologies are being considered and have a say on them before they are procured and deployed,” said Mayor Walsh. “It also respects the important oversight role that the Common Council has in representing the interests of our constituents.”

The new executive order, Walsh’s second as Mayor, authorizes the administration to immediately begin implementation of a six-page Surveillance Technology Policy . The document was developed in the second half of 2020 under the guidance of the City’s Office of Accountability Performance and Innovation with input from multiple department heads and city staff representatives.

The policy references the use of surveillance technologies for applications such as infrastructure monitoring, public safety and criminal investigations. It defines surveillance technologies as those tools that “observe or analyze the movements, behavior or actions of identifiable individuals in a manner that is reasonably likely to raise concerns about civil liberties, freedom of speech or association, racial equity or social justice.”

The Surveillance Technology plan establishes a framework for determining if technologies being considered by city departments meet the standard of surveillance. The Mayor will appoint a working group composed of city staff and external stakeholders to review proposals by city departments to use data collection technology. External stakeholders will come from local organizations in social justice, technology, community engagement, as well as research institutions and partnerships. 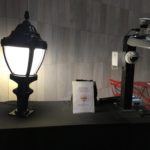 Based on working group review, proposals that meet the definition of surveillance technology will be referred to public comment which will include public notification, a two-week online comment period and review at, at least, one Common Council committee meeting. Based on public comment and recommendations by the internal and external working group, the Mayor will determine if the technology is implemented, subject to Common Council approval as required by the City Charter.

In addition to the Surveillance Technology Executive Order, Mayor Walsh also announced updates posted at the Reporting Progress portal regarding alternative policing strategies and a new procurement policy for surplus military supplies. The updates are in keeping with his police reform commitments and timeframes. 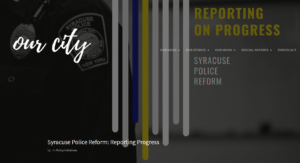 In Mayor Walsh’s first Executive Order Action Item #15, the Mayor committed to “research and consider innovative, community-based strategies for responding to non-criminal calls, with a goal of shifting the paradigm from primary police response, to response by non-police professionals in relevant fields.” Today, the City posted updates on two central components of this action item to the Reporting Progress portal:

Community-Based Responses to Non-Criminal Calls – The Administration provided three updates on its work:

Participatory Budgeting – The Syracuse Common Council approved an agreement Nov. 23 with Balancing Act for use of its online budget simulation tool for the period of one year. Balancing Act provides increased transparency by giving the public a deeper understanding of how public dollars are currently allocated, what outcomes are intended, and it enables residents to express preferences for how dollars should be expended. SPD will be among the first City departments to use Balancing Act with the intent to include most departments during FY22 planning.

In September, consistent with the Mayor’s first Executive Order Action Item #6, the Syracuse Police Department released an inventory of military equipment possessed by the Department. The inventory showed the Department does not have or use any military grade weapons.

Today, the Syracuse Police Department released a policy for future procurement of surplus military equipment and supplies. The new process requires approval by the Office of the Chief of Police for any items procured through the U.S. Department of Defense 1033 program, which makes surplus military supplies available to municipalities. The extra layer of approval ensures that items requested are justified by departmental leadership and in keeping with department needs.