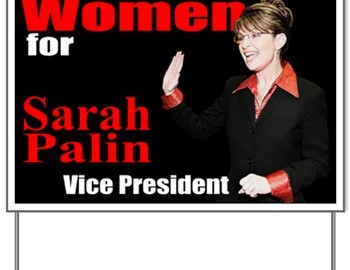 ALBANY, NY (08/29/2008; 2041)(readMedia)– In a shameless grab to appear ground-breaking and cutting edge, Republican candidate John McCain has chosen a woman, Governor Sarah Palin, for his Vice Presidential running mate. One thing we know for sure; Palin is no Hillary Clinton.

Alaska Governor Sarah Palin is so adamantly anti-choice that it has been reported she would not allow her daughter to have an abortion, even if her daughter was raped.
Further, John McCain would be the oldest president ever elected and Governor Palin has absolutely no experience in foreign affairs, this against the backdrop of our being in the middle of an utterly insane war both of these candidates support.

Democratic candidate Barack Obama must campaign hard for the women he lost to Hillary. He must bring focus to the issues of judicial appointments and of what could happen to birth control and basic autonomy under a fundamentalist Republican regime.

We implore Senator Obama to emphasis and advertise the pro-choice, pro-women, equal rights, and war-only-as-a-last-result positions of his party’s platform. The courts are at stake, the country is at stake and perhaps the world as we know it.